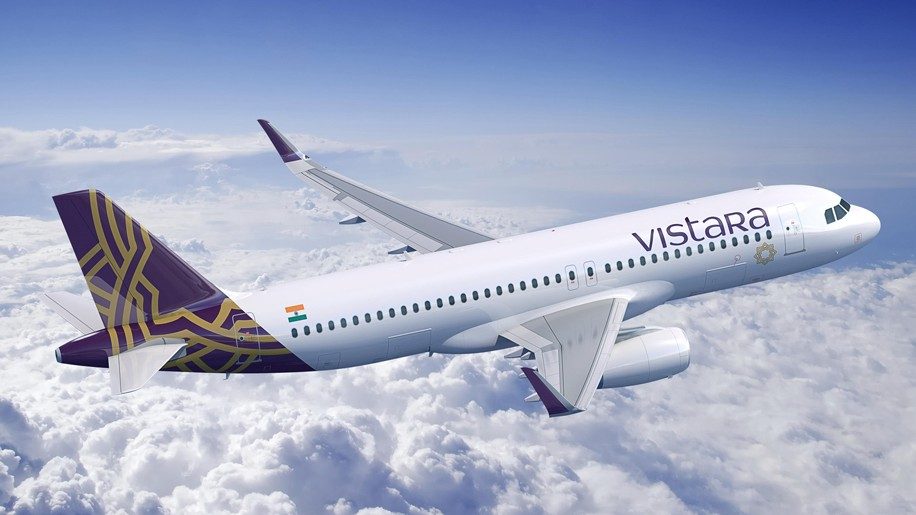 Vistara has received its 20th aircraft and its seventh Airbus A320neo powered by CFM engines yesterday.

The full-service carrier has now completed its initial aircraft order as planned at the early stages of setting up the airline with this addition. It will use the new aircraft to increase frequencies on existing routes and scale up its domestic network.

The Tata Sons-SIA airline will receive two more A320neo aircraft by June 2018 that will enable the airline’s international operations by the second half of this year. In June 2016, a change in the civil aviation policy announced that carriers no longer need to have completed five years of service on domestic routes, but they are still required to operate a fleet of at least 20 aircraft or reserve 20 per cent of the fleet for domestic routes, whichever is higher.

There is no confirmation of which international destination the airline will fly to first. It is speculated that Vistara’s first international route could be in the Indian subcontinent or in South East Asia —  basically to a destination that is within three to five hours of flying time from the country. It has applied for international rights to a number of places like Singapore, Bangkok and Dubai — all within the range of the A320.

“This is not just another addition to our fleet, but a landmark one that signals Vistara’s arrival on the global map and marks the beginning of our next phase of growth,” says Leslie Thng, CEO at Vistara.

Vistara serves 22 destinations with over 730 flights a week.