Air Belgium’s loyalty programme will have a standardised accrual rate 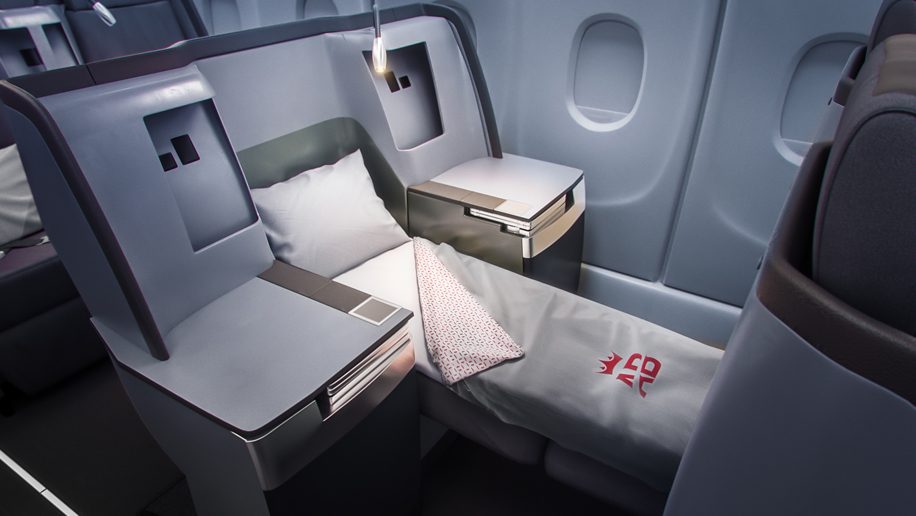 According to Terzakis, members will get a flat percentage of the fare they paid back as “credit”, no matter whether the ticket they purchased was a cheap fare or an expensive one.

The system, which will be called Buy The Way, would see the airline do away with the common practice among airlines of awarding miles at varying percentages based on the “fare class”, where premium classes generally accrue more points than economy class tickets, as does paying full fares as opposed to discounted ones.

Exactly what that percentage will be, Terzakis was reluctant to divulge at this stage. The programme also will solely operate as an accrual/redemption scheme and won’t have tiers or status.

Terzakis added that the programme overall will be designed to make redeeming much easier for travellers, highlighting his own experiences whereby, despite travelling the world and accruing “millions of miles”, he says he’s never been able to redeem a ticket.

“Our loyalty programme is going to be unique in the sense that, we looked at and considered all the big alliance airlines’ programmes, and only about 25 per cent of travellers are able to redeem with them,” said Terzakis.

“About 20 years ago, the loyalty programme used to be one of the first decision-making elements for travellers. Nowadays it’s more like the fifth, after things such as schedule, price and comfort. One of the reasons for this is that the loyalty programmes are complex, no one knows exactly what they get, and the redeeming is made impossible.”

Air Belgium has already begun partnering with “a global brand” to develop a facility whereby travellers can spend their accrued credit on goods and services.

“You could, of course, eventually buy back your ticket or an upgrade, things like that, but essentially we don’t have a network so we’re thinking that people should be able to spend their money the way they want.”

The “credit” members get from purchasing tickets can be Euro or Hong Kong dollar-driven, Terzakis added. Air Belgium plans to launch its inaugural service in the latter-half of April this year, flying between the lesser-known Brussels South Charleroi Airport with Hong Kong International Airport four times a week.

The startup carrier has four Airbus A340 aircraft in its fleet, formerly operated by Finnair, which it has set up in three classes – business, premium economy and economy. According to Terzakis, the airline aims to be a full-service carrier offering fares between 25 and 30 per cent lower than what is currently available on the market.

Air Belgium is not the only airline launching new routes between Brussels and Greater China, however. Hainan Airlines began flights to the city from Shanghai in October last year, and earlier this month launched another service to the city, from Shenzhen.