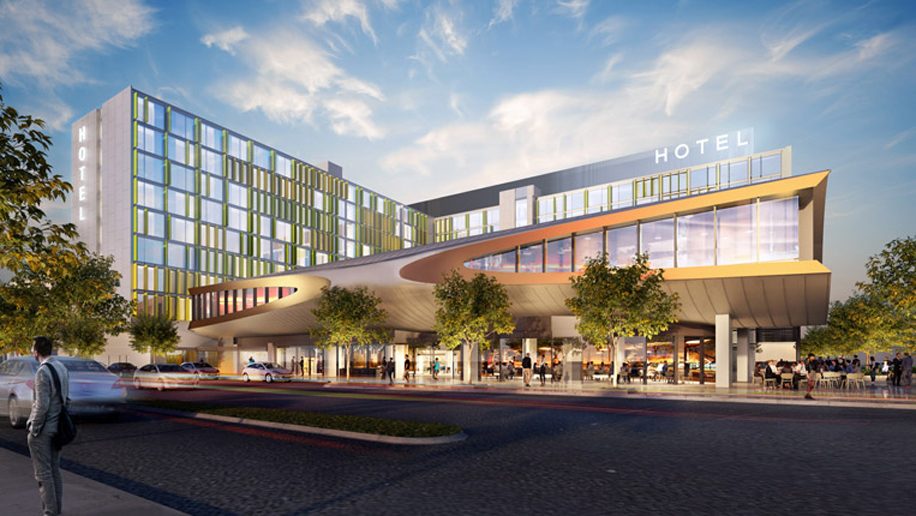 Melbourne Airport will be getting a new dual-branded Novotel/Ibis Styles hotel located in the new property precinct The Hive close to its Terminal 4 building.

An opening date for the hotel hasn’t been announced, though construction is currently due to begin in mid-2018. The property will feature a total of 464 rooms when it does open its doors, along with a wellness centre, meetings and conference facilities, a pool, gym, bar, café and combined restaurant facilities.

Melbourne Airport chief of property, Linc Horton, said that air travel in and out of Melbourne is at an all-time high and the new hotel will provide much-needed accommodation for growing passenger traffic, which is expected to reach close to 70 million by 2038.

“Currently our on-airport hotels are operating at significant capacity year round so it is crucial we expand our hotel amenity,” Horton said.

“This hotel will be a great addition to Melbourne Airport. Not only will the property give travellers more choice in accommodation style, it will offer two price points within the mid-market sector – reflecting the three-star Ibis Styles and four-star Novotel options.”

The 10-storey property has been designed to reflect the DNA of both urban Melbourne and the surrounding Victoria area.

James Pearce, director of architectural firm Fender Katsilidis which is behind the hotels’ design, said that the aim is for the property “to act like a village centre and a gather place to support the airport community in addition to travellers”.

A number of Australia’s airports have been implementing new on-site hotels as passenger levels have climbed. Sydney Airport launched a new Mantra hotel in July last year, while Adelaide Airport is set to get a new Atura hotel later this year.