Lufthansa Group to standardize A320 fleet 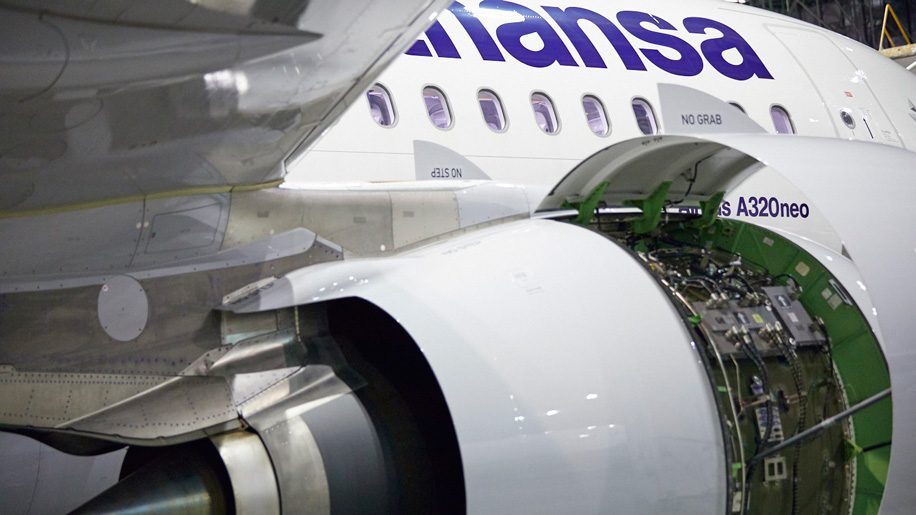 Lufthansa Group has announced plans to standardize the Airbus A320 fleet across its carriers including Austrian Airlines, Brussels Airlines, Eurowings, Lufthansa and Swiss.

The cost-saving move will apply to all A320 Family aircraft delivered from 2019 onwards, and will focus on the “large, cost-intensive components” including cabin design and the galley, but also extend to components such as emergency equipment and electronic flight bag systems.

The group said that “In the future, the Airbus A320 is to be configured and standardized from the outset in such a way that aircraft can be converted within a short time and with little effort when they are transferred between Lufthansa Group airlines”.

“This will allow the Lufthansa Group to react more quickly and flexibly to current developments and to move aircraft and capacities more easily and efficiently between the airlines and the Group’s hubs.” 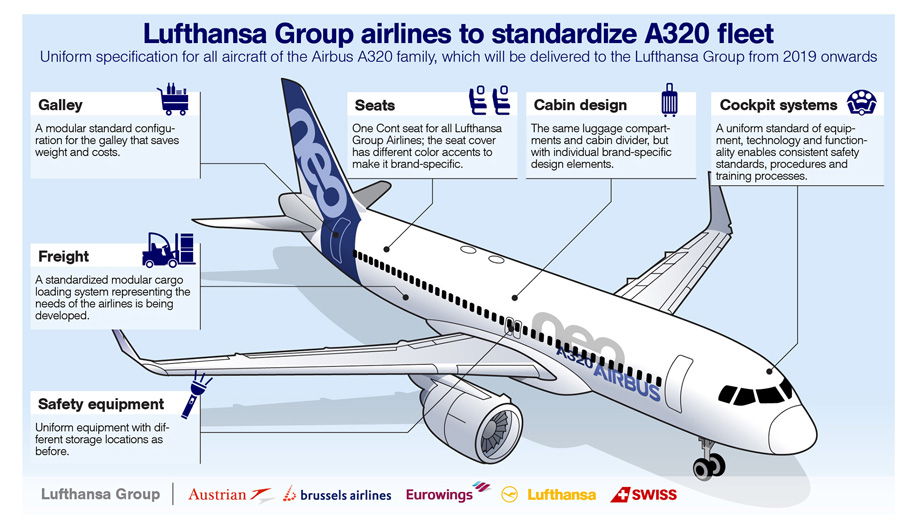 Lufthansa said that the move would reduce costs for conversion and layover time, and result in “further synergies when purchasing aircraft”, but stressed that member airline brands “will be preserved by a different brand look”.

The group expects to take delivery of around 100 new aircraft from the Airbus A320 neo family by 2025.

Lufthansa was the launch customer for the A320neo in early 2016.