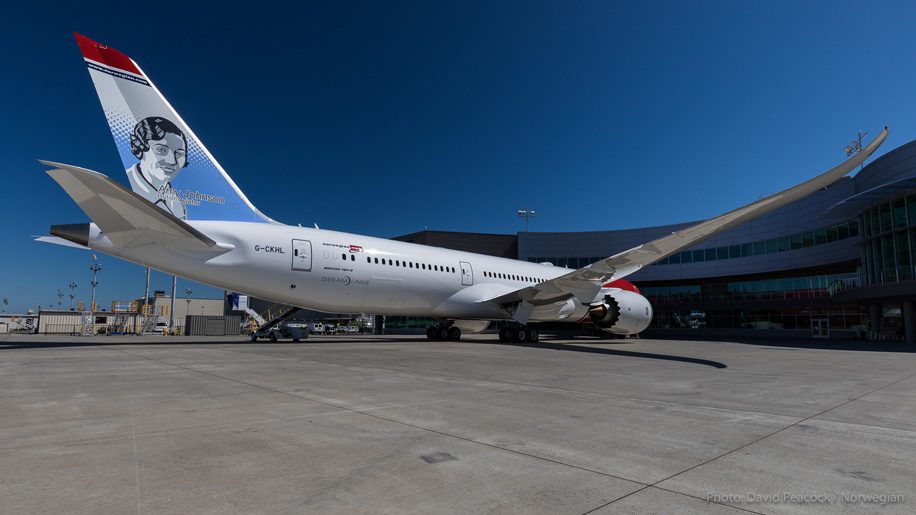 Norwegian has claimed a new record for the fastest transatlantic passenger service by a subsonic aircraft, on a recent flight between New York JFK and Gatwick.

The B787-9 service on January 15 lasted just five hours and 13 minutes, beating the previous record by around three minutes.

Flight DY7014 arrived into Gatwick airport 53 minutes ahead of schedule, helped by tailwinds reaching up to 202 mph, which meant the Dreamliner was able to reach a top speed of 776 mph during the flight.

The aircraft which completed the flight features pioneering pilot Amy Johnson on its tailfin, as part of Norwegian’s tailfin heroes series.

“The 787 Dreamliner is a pleasure to fly and it’s a great feeling to know that we have set a new record in this aircraft. We were actually in the air for just over five hours and if it had not been for forecasted turbulence at lower altitude, we could have flown even faster.”