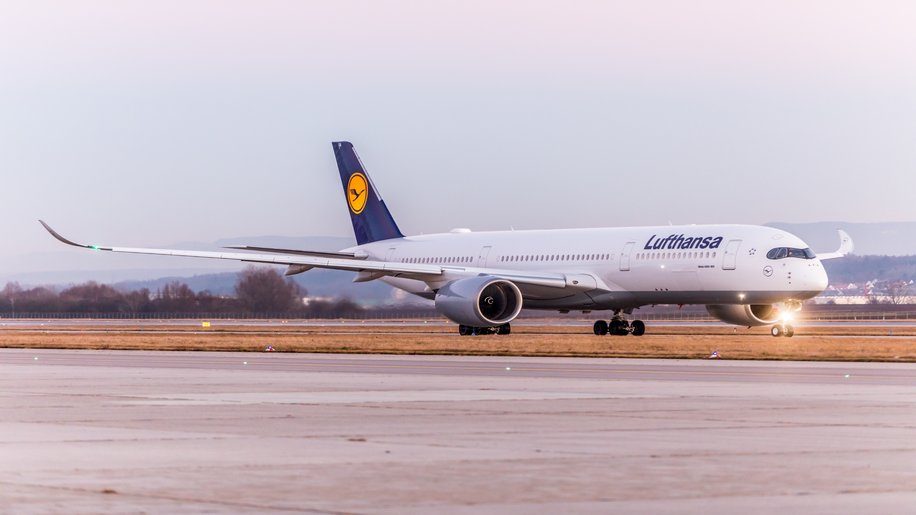 Passengers on Lufthansa’s Munich-Seoul flights will no longer be able to book first class seats as the airline moves to replace the four-class Airbus A340-600 that currently flies the route with its newer three-class A350 starting March 25 this year.

Unlike the A340-600, which has eight first class seats in a 1-2-1 configuration at the front of the aircraft, the A350 has no first class cabin. The change to the more fuel-efficient A350 on the route will also see a reduction in the number of premium economy seats from 32 to 21.

Fans of Airbus’s newest wide-body aircraft, which is marketed as having a number of features designed to improve passenger experience and reduce the effects of jet lag, will be pleased to see the A350 deployed on the route, though.

And it’s not all bad news, as the newer aircraft also has four more business class seats than the A340-600 that it will be replacing, though the actual seat product and layout are the same, offering two-metre-long fully flat beds with a pitch of 64 inches when in an upright position and a width of 20 inches. 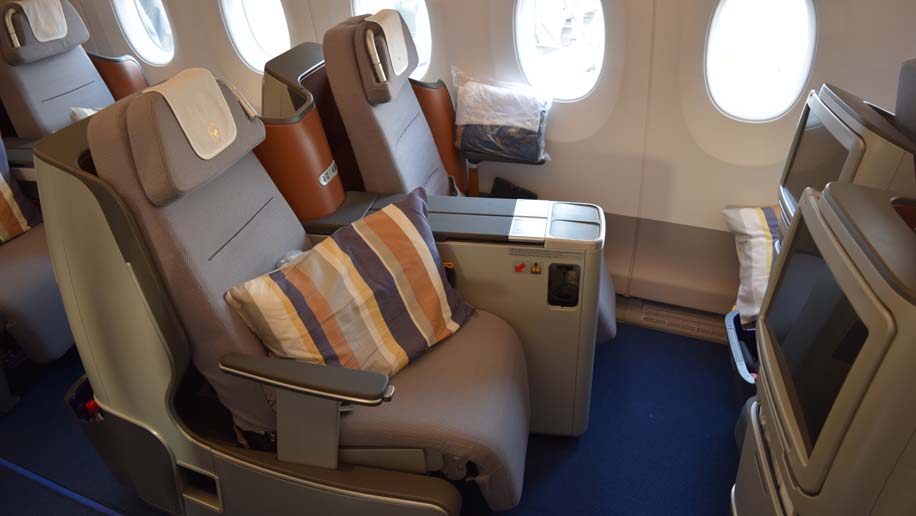 It is a shame that Lufthansa’s latest aircraft, which it first rolled out in February last year, doesn’t offer a business class cabin with direct aisle access for all seats, though. Business class is laid out in a 2-2-2 configuration meaning window-seat passengers will need to climb over their neighbours to reach the aisle.

However, Lufthansa’s new business class product, which is set to roll out on its Boeing 777-9 aircraft in 2020, will have direct access for all passengers owing to the staggered 1-2-1/1-1-1 layout, that results in impressive looking “throne” seats in the middle of the 1-1-1 rows.

But there are some positive improvements that Lufthansa has introduced in business class on the A350, such as an in-flight entertainment (IFE) screen that is two inches larger than in previous aircraft, reaching 15 inches. The actual system itself has also been upgraded to include the Lufthansa Companion App that allows passengers to pre-select entertainment options up to six weeks in advance and watch them on their own personal devices.

And economy class travellers will notice some of the most notable changes, with a new cabin and improved storage space.

Business Traveller took an in-depth look at Lufthansa’s A350 when it first arrived in Hong Kong in September last year.

Seoul will join Hong Kong, Beijing, Delhi, Mumbai and most recently Tokyo as the Asian destinations in Lufthansa’s network that are served by the A350. Hong Kong and Beijing are also set to get the A380 on their Munich flights on March 25 this year, while Singapore will be joining the A350 club when Lufthansa relaunches its Munich-Singapore flights on March 27.

News
Lufthansa eyes Asia and US with new routes and A380 deployments
14 Jun 2017
Loading...