Qatar Airways’ daily Perth service is getting the A380

Qatar Airways will be upgauging to its superjumbo Airbus A380 aircraft on its Doha-Perth service starting May 1 next year, raising capacity along with bringing first class and an improved business class product to the route.

According to Perth Airport’s CEO, Kevin Brown, the addition of the double-decker aircraft will see capacity increase by close to 45 per cent. “From May of next year this will add almost 116,000 additional seats to the route with more than 7,000 passengers travelling between Doha and Perth every week,” he said.

Most notably for business travellers, the deployment of the A380 replacing the current two-class Boeing 777-300ER will see notable improvements to the route’s premium seat options, in particular the addition of a first class cabin. These eight seats are fully flat and come in two rows of 1-2-1, with aisle dividers for the centre seats. Travellers also get pyjamas from White Company. 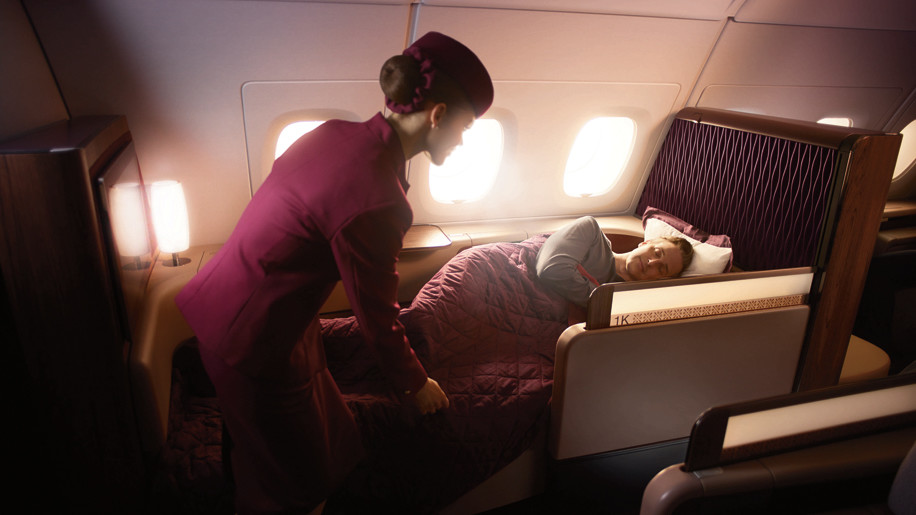 The A380’s business class is also an improvement on the B777-300ER, with the former offering direct aisle access for all travellers with its 1-2-1 layout, compared with the latter’s 2-2-2. While the B777-300ER’s seats also recline to a fully flat position, the herringbone A380 seats have a 30-inch width and an 80-inch pitch, compared with the B777’s 22-inch width and 78-inch pitch. First and business class passengers can also use the on-board lounge towards the back of the upper deck. 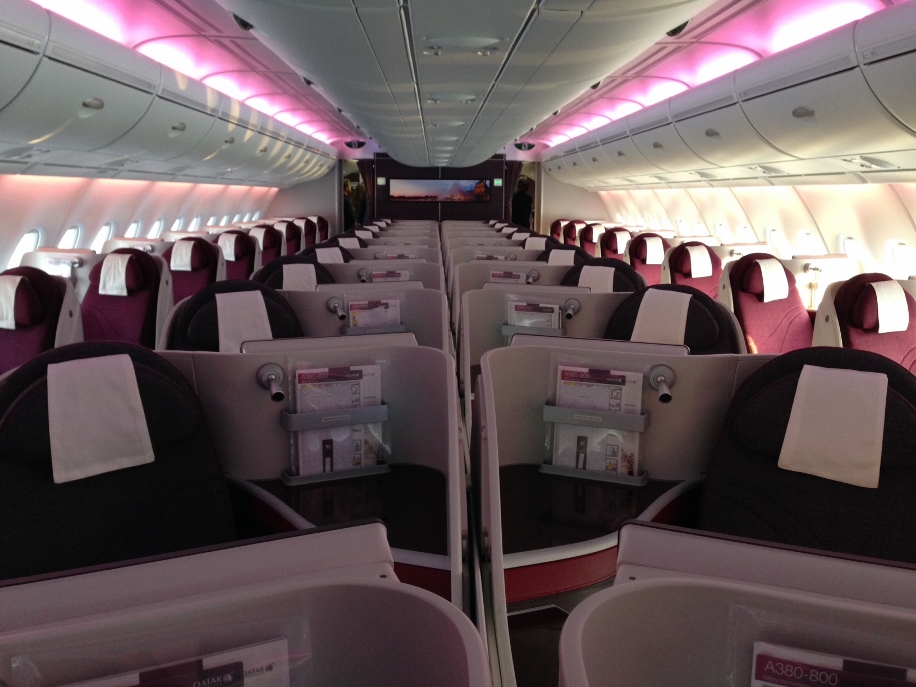 Flight QR900 is a late-night flight that takes off from Doha at 0200 and arrives in Perth that evening at 1825, while the return QR901 flight is an overnight flight departing at 2305 and landing back in Doha at 0555.

Early next year, fellow Oneworld carrier Qantas is launching its new international wing at Perth airport, in time for the launch of its new Perth-London non-stop flights.

But Perth isn’t the only destination in Australia that Qatar Airways has its sights set on – in February next year, the carrier is due to begin flying to Canberra as a “tag” destination on its Doha-Sydney service, which is also getting its flight frequency doubled. 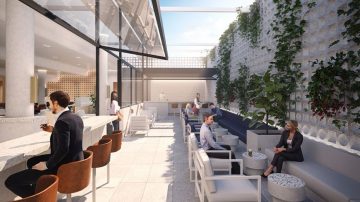 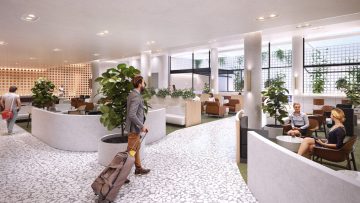