Delta Air Lines and Canada’s Westjet have announced a new joint venture that will increase cross-border coordination between the two airlines.

For travellers, the new partnership — if approved by regulators — would bring coordinated flight schedules, new nonstop flights, more destinations, expanded codesharing, and seamless and convenient connections, according to a Delta press release.

Enhanced frequent flyer benefits would include reciprocal credits for top-tier members of both airlines.

“This agreement will bring heightened competition and an enriched product offering to the transborder segment, both of which will benefit our guests,” said Ed Sims, WestJet’s executive vice president for commercial operations. “This is an important step in Westjet’s mission to become a global airline.”

The Westjet agreement will be the eighth such partnership entered into by Delta, dating back to its 1993 joint venture with the now-defunct Northwest Airlines and KLM.

At the same time, Westjet is in the process of launching low-cost carrier Swoop, to attract budget-conscious travellers, the Financial Post reports. 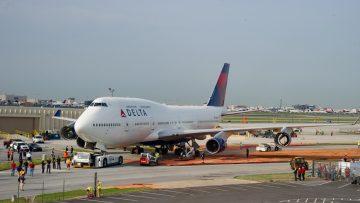