Lufthansa certified as a five-star airline by Skytrax 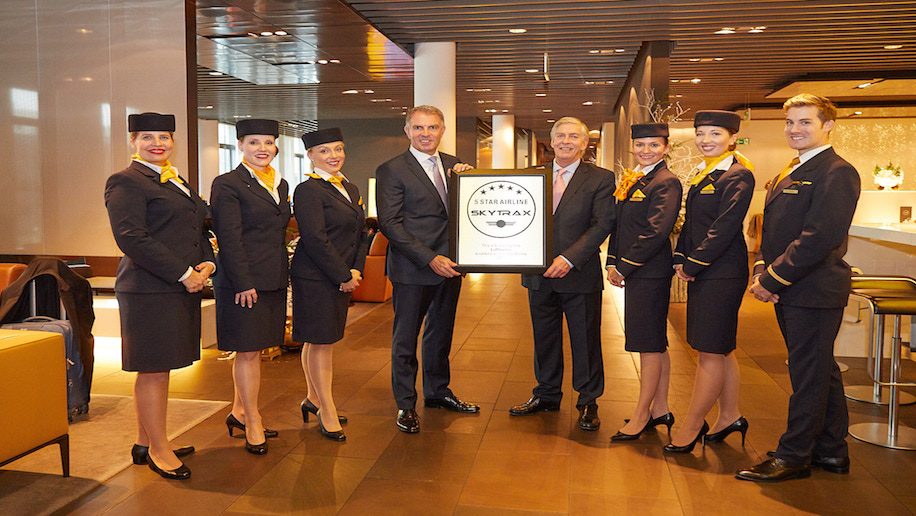 Lufthansa has received a five-star certification from the international air transport rating organisation Skytrax. With this, the German carrier joins the group of ten airlines, that have been awarded this prestigious rating. Qatar Airways, Singapore Airlines, Cathay Pacific, Asiana Airlines, Hainan Airlines, All Nippon Airways, Garuda Indonesia, EVA Air and Etihad Airways are the other airlines with this five-star status.

UK-based Skytrax has been according five star ratings to Lufthansa first class for years, but now the entire airline has received the certification. Upgradation of first, business, premium economy and economy class, expansion of restaurant service from first class to business class, introduction of the Lufthansa app and other digital services are some of the major reasons for its five-star certification.

“The award is a well-deserved recognition of our major efforts to make Lufthansa one of the world’s leading premium airlines again. The combination of premium offerings with the quality and professionalism of our employees has earned Lufthansa the status of a five-star airline,” says Carsten Spohr, Chairman of the Board of Deutsche Lufthansa AG.

In addition to this, Lufthansa also won the award for the best airline in Europe – and seventh worldwide at the 2017 World Airline Awards. lufthansa.com