Ten airline joint ventures travellers ought to know about 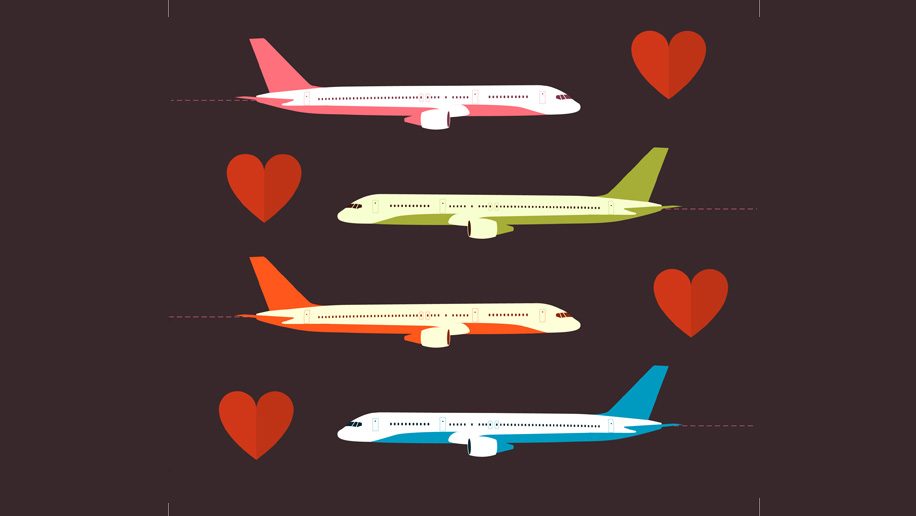 In the December issue of Business Traveller Asia-Pacific, one of the major topics we took a dive into was the often confusing world of airline joint ventures and just what these agreements mean for travellers [see our feature Airline joint ventures: Marriage of convenience].

Joint ventures are partnerships between two or more airlines that typically involve collaboration in areas such as schedule coordination and revenue sharing. From the airlines’ point of view, this enables them to increase their revenue on a number of routes they themselves don’t operate, and for travellers it tends to mean a greater number of travel options and better connections.

In 2017 alone, a number of new joint ventures have taken off, from Singapore Airlines’ tie up with Lufthansa and Air France’s partnership with Vietnam Airlines, both of which took off in October, to Delta’s two joint ventures each with Aeromexico and Korean Air.

This trend doesn’t look set to slow down any time soon, with carriers such as American Airlines basing much of their Asia-Pacific strategy on future joint ventures, such as with Qantas and, it hopes one day, with China Southern.

With so many to keep track of, knowing which airlines are currently in a joint venture with each other can get confusing. So, here is a look at ten of the most noteworthy.

This five-way love affair covers more than 200 destinations in North America, six in the UK, and 100 in Europe. There are nine daily flights between London and New York, 39 flights a day between the UK and North America, and more than 300 flights a day between Europe and the US. Air France-KLM, Delta and Alitalia are members of Skyteam. Virgin Atlantic prefers to maintain its independence and is not a member of an alliance.

The Italian airline joined the Air France-KLM-Delta JV in 2010 to create a three-way partnership. Together, they offer 250 transatlantic flights, with 300 destinations in North America and 250 in Europe, Asia and Latin America combined. It operates out of seven key hubs – Amsterdam, Atlanta, Detroit, Minneapolis, New York JFK, Paris CDG and Rome Fiumicino – together with Cincinnati, Salt Lake City and Seattle. Skyteam shareholders approved the sale of a 10 per cent stake in Air France-KLM to China Eastern in September.

Not content with all being part of Oneworld, this enhanced British-Spanish-American-Finnish four-way covers more than 160 cities in Europe and 240 in the US. It offers 120-plus transatlantic flights a day, including up to 17 between London and New York. BA, Iberia and AA put a ring on it in 2010. Finnair was invited to the party in 2013. Together they have hubs at Chicago O’Hare, Dallas-Fort Worth, Helsinki, London Heathrow, Madrid and New York JFK.

British Airways entered into a Siberian joint venture with Japan Airlines, also a member of the Oneworld family, in 2012. After feeling left out in the cold, Finnair was welcomed with a warm embrace two years later, followed by Iberia in 2016. The four airlines now align prices and schedules on flights between Europe and Japan.

Last year, BA extended a hand to Oneworld carrier Qatar Airways, to create a combined network of 70 destinations. In a similar way to people double-barrelling their surnames, the two airlines now codeshare (BA/QR) on services between London and Doha, as well as connecting flights worldwide.

The German and Japanese carriers were given antitrust immunity to allow them to join hands in 2011, but the following year decided they wanted Austrian and Swiss to get in on the action too, and their plans were formalised in 2013. Today this JV covers all 196 weekly flights on 11 of the participating airlines’ routes between Japan and Europe. They are all part of Star Alliance.

After two years of wrangling, these four airlines tied the knot in 2016 with a polyamorous route- and revenue-sharing deal between Europe and China that started this summer. If they wanted to get any closer, they would have to merge.

Papers were signed for this union back in 2015. Today, the joint venture provides passengers with 20 codeshare routes from Zurich and Munich to Southeast Asia and the Southwest Pacific.

These two airlines set up a mutually beneficial partnership in 2013 and now have a combined network of 2,000 routes via three hubs – Perth, Singapore and Dubai. Today they are reapplying to extend their JV for another five years, with 2018 plans for the reintroduction of London to Australia via Singapore in March. From Europe, passengers can fly to Adelaide, Brisbane, Melbourne, Perth and Sydney via Dubai. Also in March, 2018 will be the world’s longest non-stop Dreamliner B787-9 flight, from London to Perth.