“Smart baggage” has been touted as the next great thing in luggage — battery-powered bags that are self-propelled, can be tracked by GPS, have built-in digital scales, and can be used to charge laptops, phones, and other devices.

But they may not be able to fly under rules announced by US airlines this week.

American Airlines’ new policy on smart luggage, announced December 1, 2017, states that such bags contain lithium-ion batteries “which pose a risk when they are placed in the cargo hold of an aircraft.”

“Beginning January 15, customers who travel with a smart bag must be able to remove the battery in case the bag has to be checked at any point in the customer’s journey,” said the airline. “If the battery cannot be removed, the bag will not be allowed.”

“If the customer is able to take the bag into the cabin with them, the customer will be able to leave the battery installed,” the policy continues.

“No additional action will be required, as long as the customer powers off the smart bag in accordance with existing Federal Aviation Administration (FAA) regulations. However, if a customer is required to check their smart bag, the customer will need to remove the battery.”

Most smart bags on the market do not have removable batteries, and FAA rules already prohibit spare lithium-ion batteries from checked luggage.

Brands of smart luggage include Bluesmart (pictured), Away, Barracuda, and Motobag. Bluesmart issued a press release stating that its products comply with federal regulations and that the company is working with airlines to exempt its bags from the rules before they go into effect.

“We are saddened by these latest changes to some airline regulations and feel it is a step back not only for travel technology but it also presents an obstacle to streamlining and improving the way we all travel,” the company stated. 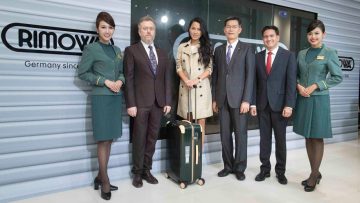 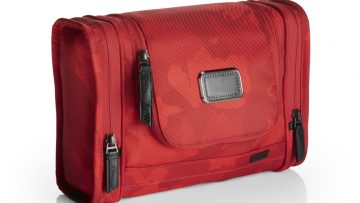