Business class passengers will continue to see Air Passenger Duty continue to rise next year and the year after.

Rises were already scheduled in April 2018 (see below).

In today’s budget, the Chancellor Philip Hammond announced a freeze on short-haul rates and also on economy long-haul rates, but paid for with further increases in premium ticket taxes.

“From April 2019, I will again freeze short-haul Air Passenger Duty rates and I will also freeze long-haul economy rates, paid for by an increase on Premium class tickets, and on private jets.” 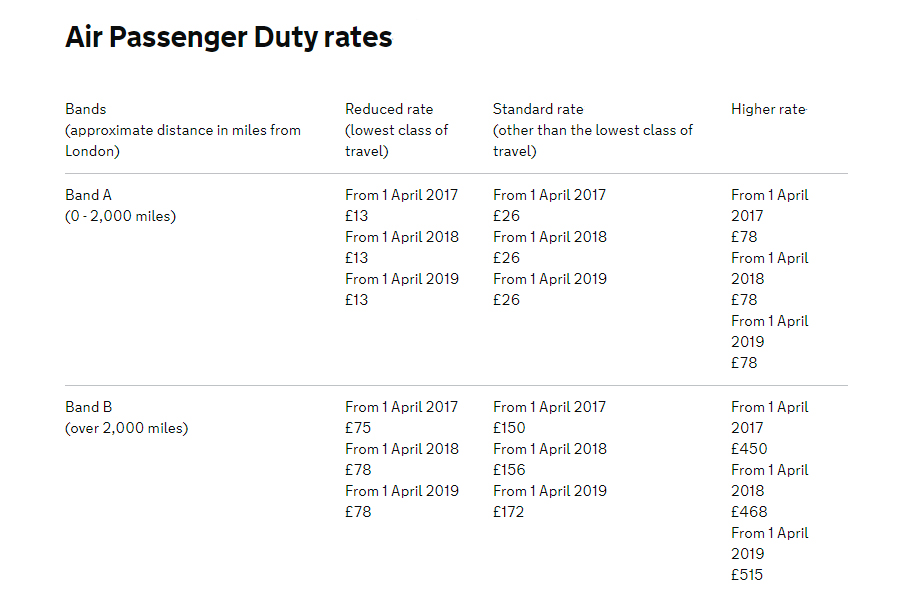 We are extremely disappointed by the Chancellor’s decision to increase air passenger duty (APD) on long-haul business travel. On one hand the government talks about forging new trade relationships with non-EU marketplaces, while on the other it increases the cost for businesses to travel and trade. What was initially introduced as an environmental tax has become a stealth tax on trade. This is a massively shortsighted decision made by a Chancellor who purports to be pro-business. Much has been said about the post-Brexit UK being an outward-facing, export-led economy; but these words must be matched by action on airport expansion in the South East, improving transport links to regional airports and the removal of APD.

“It’s disappointing that the chancellor has missed the opportunity of reforming short-haul air passenger duty (APD). Smaller airports need help to compete on a level playing field particularly with Brexit around the corner. A partial freeze on the tax is woefully short of what we need. It should be removed from smaller airports which would encourage airlines to base more flights outside the larger airports.

“Smaller airports need a reasonable return on the significant capital that is invariably invested. It’s not difficult to see what the result of increasing costs and falling demand due to Brexit could have on these businesses. An APD reduction would help address the capacity crisis, particularly in the south east, which so often exacerbates the delays passengers face.”