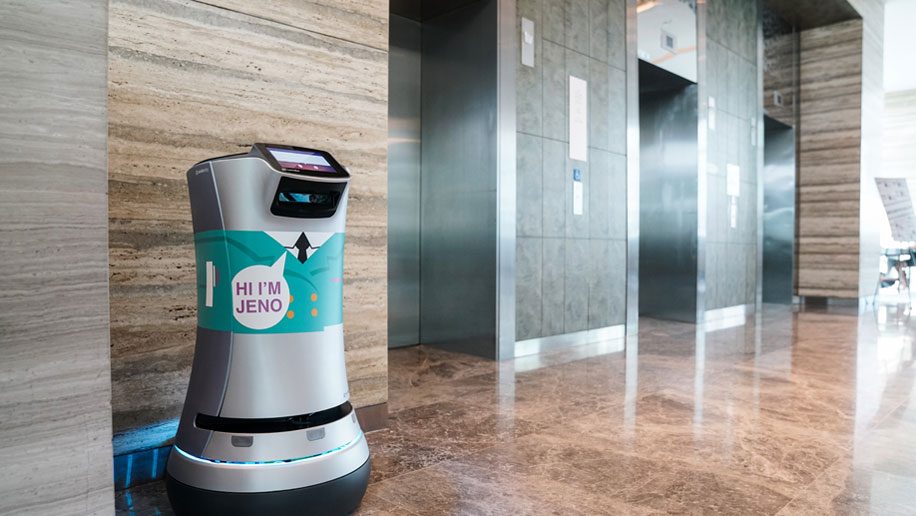 Hotel Jen has added Relay robots to two of its properties in Singapore.

At Hotel Jen Orchardgateway and Tanglin Singapore, the two robots, named Jeno and Jena, will deliver amenities and room service to guests. The robots are both integrated with a software system that can easily track their to-do list once an order is placed. 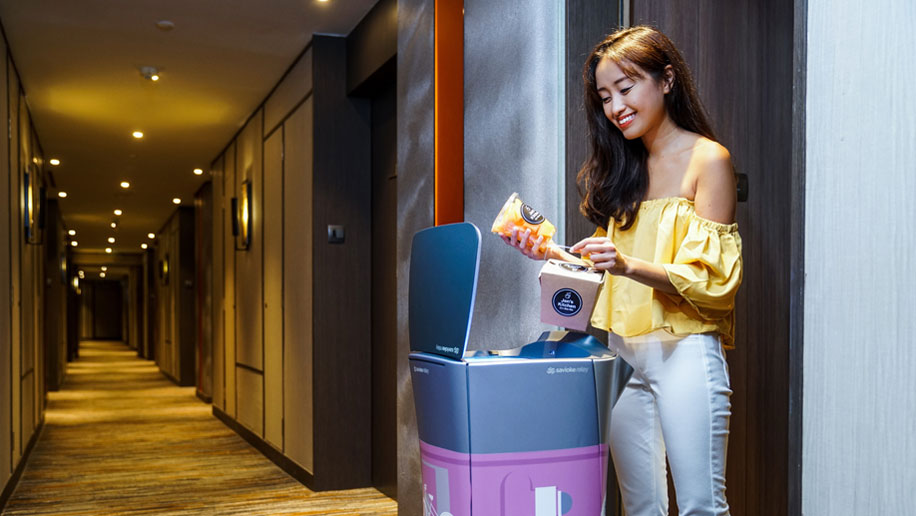 The pair are almost one metre tall and can move around the hotel at a speed of 2.5 km/h which is half that of the average human walking speed. They can also ride the elevators, make phone calls to rooms upon arrival, and are equipped with sensitive sensors that know to avoid obstacles in its path.

The robots are stationed in the hotel lobby 24/7. The robots design was inspired by the concept of a butler, with bright uniforms and Hotel Jen’s brand colours – turquoise and pink, affixed with the signature bicycle image “that evokes a sense of travel”. One robot has a jacket and tie (Jeno) and the other has a scarf (Jena).

Designed and built by Savioke the robot type – called Relay – is the first fully-autonomous delivery robot. Since initial commercial deployment in 2014, Relay robots have made over 150,000 autonomous deliveries.

To see Relay robots in action, see this clip from Business Traveller TV