New York’s Waldorf Astoria to lose most of its rooms 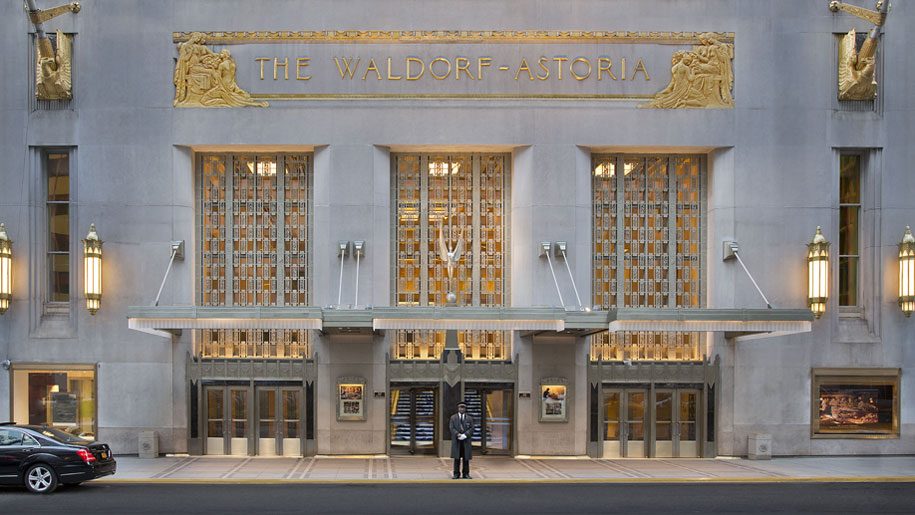 The new owners of the Waldorf Astoria in New York plan to convert more than 1,000 of the hotel’s guest rooms to condominiums, leaving just 350 rooms for transient guests, the New York Post reported November 11, 2017.

Anbang, the Chinese insurance company that owns the hotel, will trim the Waldorf-Astoria’s room inventory from 1,413 to just 350. The current lobby, ballroom, and some restaurant spaces will remain, however.

The Park Avenue hotel closed this spring for an announced three-year renovation. The proposed room count is less than Hilton, which has a 100-year management contract to run the hotel, had anticipated.

Anbang’s plan calls for a total of 350 condos to be carved from the former hotel rooms. Its development team has preserved and stored prized historic items in the hotel including the Cole Porter piano, the World’s Fair Clock Tower, the Kennedy Rocking Chair, and the MacArthur Desk and Anbang has now appointed AECOM Tishman to lead the first phase of construction.

Loading comments...
Read Next
Six routes we were sad to see get dropped this year
Read Previous
ONYX launches Amari in Sri Lanka