Ethiopian Airlines is shaking up its Asia-Pacific routings

Ethiopian Airlines is making some significant changes to its Asia-Pacific routes next summer, with its services to Manila, Seoul and Tokyo each notably getting new routings or stopovers.

According to the airline’s schedule, from June 1 next year the airline’s ET648 and ET649 flights from Addis Ababa to Manila will no longer stopover in Bangkok and instead will transit in Hong Kong. Coinciding with the change of transit destination is an equipment change that will see the Addis Ababa-Hong Kong-Manila flights operated by the airline’s Airbus A350, which Business Traveller reviewed last year.

Departure from Addis Ababa is at 2250 and arrival in Manila the following day at 1750 – about two hours earlier than the previous Bangkok-transit but otherwise similar in time frame. The return leg, meanwhile, will fly out of Manila at 2200 and arrive back in Addis Ababa at 0705 the next morning, adding just over an hour to the journey time. The full schedule will be as follows (all times local):

One of the effects of this is that Ethiopian Airlines also will be shifting its Tokyo flights from its current stopover in Hong Kong to Seoul Incheon, which itself will go from a one-stop service via Hong Kong to a non-stop flight from June 2 next year with the following schedule, according to industry website routesonline.com:

Unlike the Hong Kong route, the new Seoul routing will be flown by Ethiopian Airlines’ Boeing 787-8 Dreamliner.

While most of these legs are currently available to book on Ethiopian Airlines’ website, the Seoul-Tokyo leg is not.

The airline’s new routings come as fellow African carrier, Kenya Airways, has been withdrawing its presence throughout Asia-Pacific, most notably with the cancellation of its Hong Kong and Hanoi services last month. 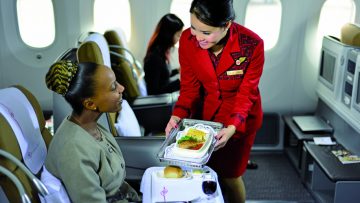 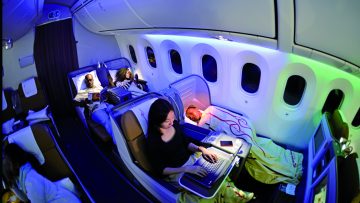