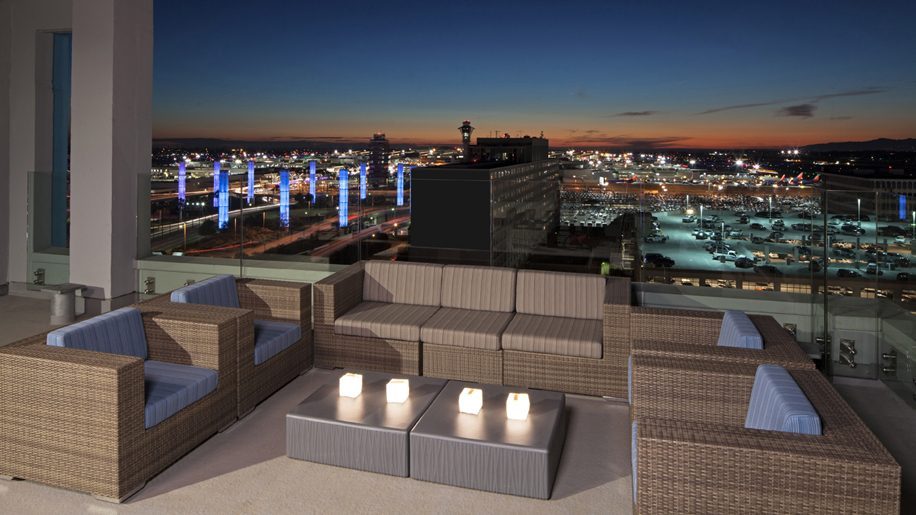 The world’s first H Hotel, combining the style and amenities of a boutique lifestyle hotel with an convenient airport location, is now open at Los Angeles International Airport.

Part of Hilton’s Curio Collection, the 168-room H Hotel Los Angeles would be perfectly at home in a city centre with its rooftop bar, curated art collection, and a pool overlooking the airport’s neon-lit LAX sign.

The H Overlook Rooftop Deck has 180-degree views that include the airport runways, the Santa Monica Mountains, downtown LA, and the Pacific Ocean. A robot called Hannah can be summoned to deliver amenities to guest rooms. 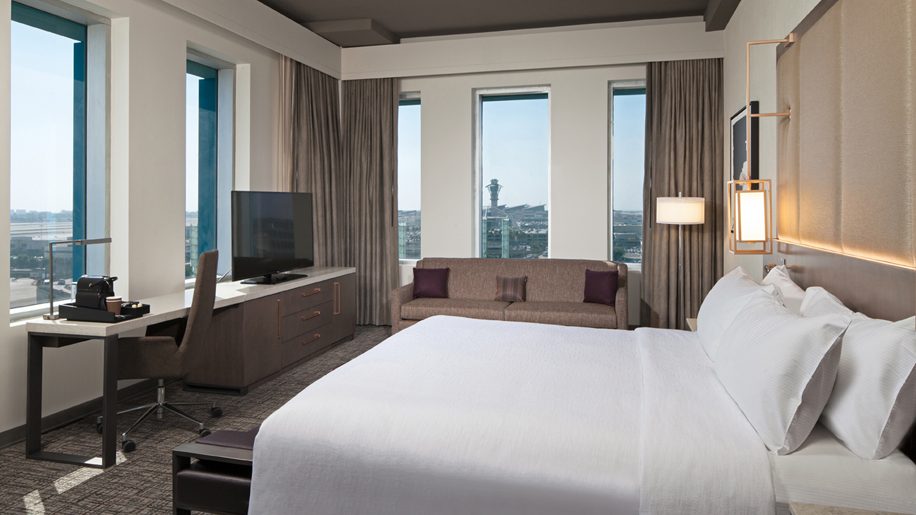 It’s not all flash, however: travellers’ needs are accounted for with free wifi in rooms and public spaces, 24-hour airport shuttle service, and a Transfer Lounge equipped with a business centre, luggage lockers, a refreshment station, and a bathroom with a shower.