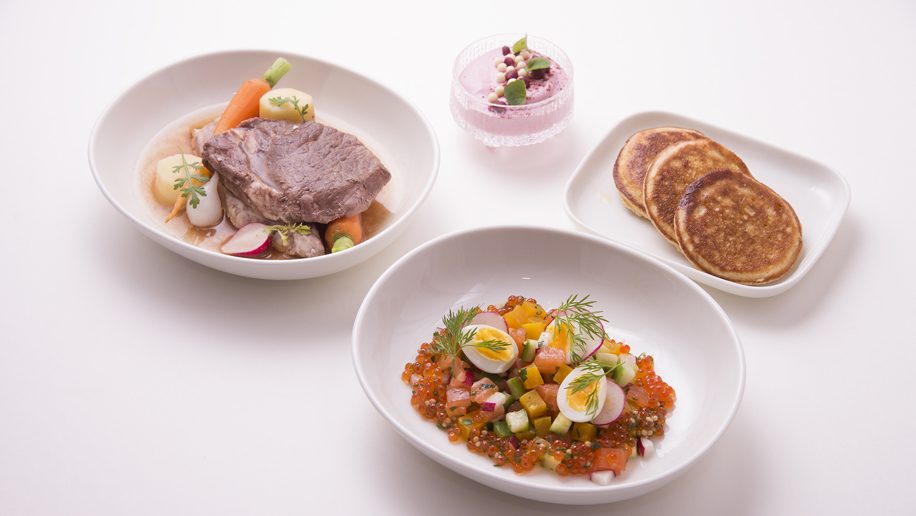 Finland’s flag carrier Finnair has begun offering a new menu for business class passengers aboard its Airbus A350 flights from Hong Kong to Helsinki.

Called the “Finland 100 Years Menu” and developed to mark the country’s 100 years of independence, the new dining options are the work of Finnish chef Jaakko Sorsa, who heads the restaurant Finds in Hong Kong’s Tsim Sha Tsui district. Finds claims itself to be “the only Nordic restaurant in Hong Kong”.

As such, the menu offers classic Finnish dishes, such as smoked salmon, Karelian stew, and vispipuuro, which is a light semolina wheat dessert featuring lingonberries. The menu will be served until February next year.

Travellers connecting to other long-haul Finnair flights won’t go without a new menu, however. Since October 4, the airline has been offering a similar celebratory business class menu on its long-haul flights from the capital that have been developed by Finnish non-profit ELO Foundation, which promotes Finnish food culture. Unlike the Hong Kong menu, however, these will continue only until January 9, 2018.

“This year is especially important both for Finland and Finnair,” said Stan Kwong, area sales manager at Finnair. “Finnair is undergoing the biggest growth phase in our 94-year history, with new Airbus 350 aircraft, added frequencies, new routes and strong ambitions. We’re happy to take our customers for a unique Nordic culinary experience.”

Indeed Finnair’s expansion looks particularly set on the Asia-Pacific region, notably with new flights to Nanjing beginning in May next year. Earlier this year, the Russian government granted the airline additional overfly rights, opening up the possibility for Finnair to operate up to 80 flights a week via the Trans-Siberian route to Asia – up from its previous 65.

Finnair currently connects 19 cities in Asia and was the first airline in Europe to fly the A350, which it began deploying on its Hong Kong route in March last year. 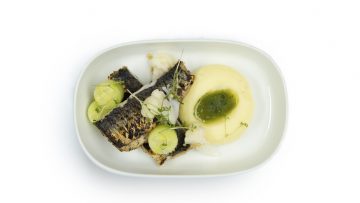