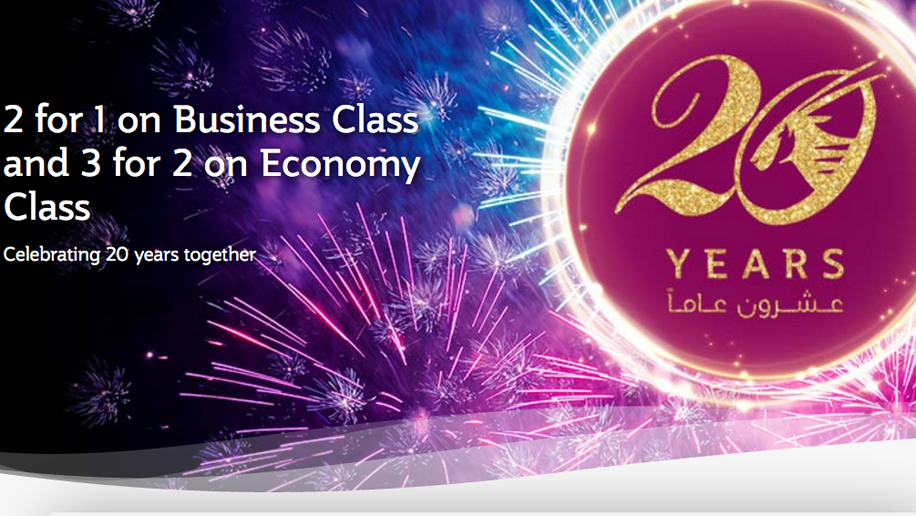 Qatar Airways is celebrating its 20th anniversary with a range of discounted fares on return business and economy class tickets.

According to the T&Cs, for flights where business class is not operated, first class is applicable.

Qatar Airways is one of the fastest growing airlines in the world. This year, it added a number of new destinations to its network including Auckland (New Zealand), Dublin (Ireland), Nice (France) and Prague (Czech Republic).