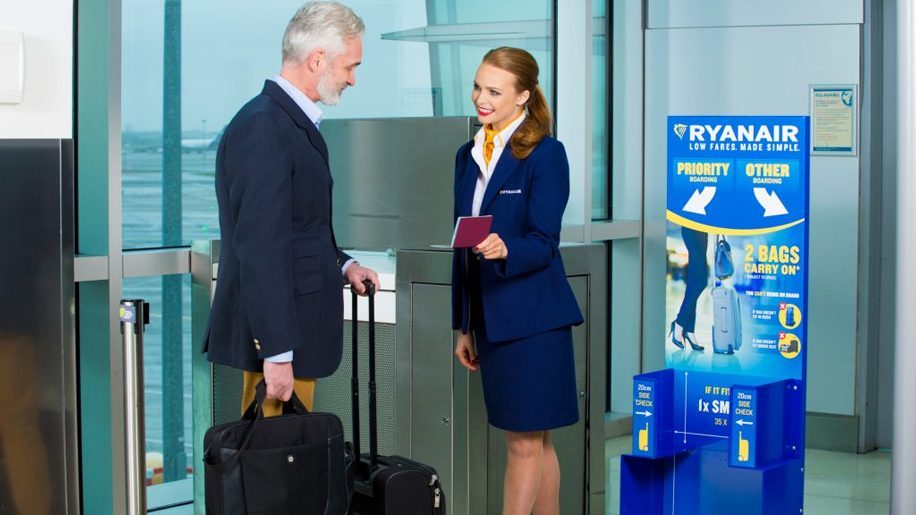 Ryanair has delayed the introduction of new restrictions on carry-on baggage until mid-January, “to allow customers more time to adjust to the changes, particularly during the busy Christmas period”.

The new policy will see non-priority passengers forced to hand over the larger cabin bag at the gate, where it will be stored in the hold free of charge. Priority customers (including Plus, Flexi Plus and Family Plus passengers) will continue to be able to take both bags on board.

The changes, which were announced in September and had been due to be introduced on November 1 – will now take effect on January 15, 2018.

However changes to checked baggage allowances and fees (which were announced in tandem, and aimed at encouraging more customers to check in bags) are already in place. These see check-in luggage fees drop from £35 to £25, and the allowance increase from 15kg to 20kg.

“We will delay the introduction of our new cabin bag rules until January 15, 2018, to allow our customers more time to familiarise themselves with the policy changes. From January, we will be restricting non-priority customers to one small carry-on bag (their wheelie bag will be placed in the hold, free of charge at the boarding gate) which will speed up the boarding of flights and eliminate flight delays.

“We have already introduced the first phase of the new bag policy which offers our customers lower bag fees for a 33 per cent increase in their check-in bag allowance. This will lead to fewer customers with two carry-on bags at the boarding gates, which is causing flight delays.”

Ryanair was recently forced to cancel 20,000 flights between September and March, due to issues with the rostering of pilots. The carrier recently hired Malaysia Airlines’ CEO Peter Bellew as its new chief operations officer, “with a mission to ensure that the pilot rostering failure which Ryanair suffered in early September will never be repeated”.

Loading comments...
Read Next
This is now the most powerful passport to have in the world
Read Previous
One&Only The Palm Dubai to host two exclusive dinners by Chef Yannick Alléno
Our Awards