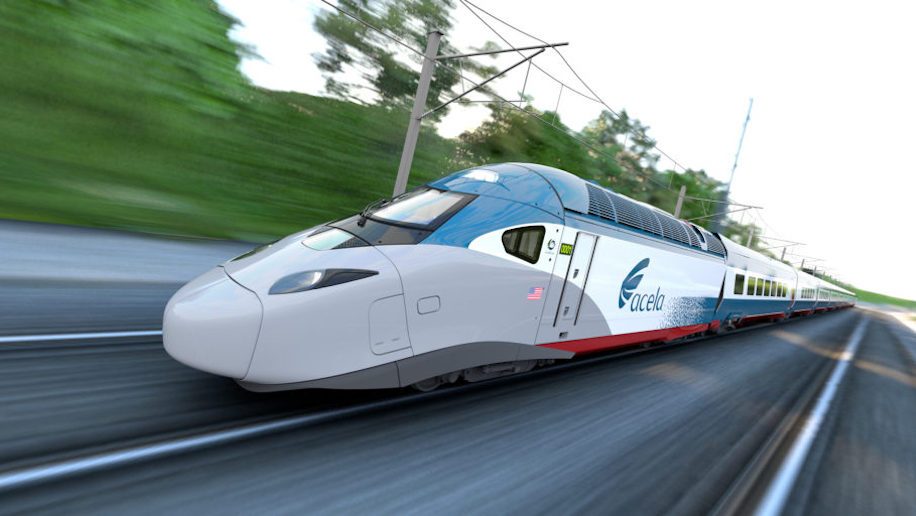 The Railway Gazette reported October 11, 2017 that manufacturer Alstom unveiled models of the new Acela trains, which will feature a power car pulling nine articulated passenger carriages, with the option of adding three additional cars if needed.

The new trains, which are similar in appearance to the AGV trains used in Italy, are designed to travel at speeds of up to 300 km/hr, although the current top speed in the U.S. Northeast Corridor where Acela operates is about 255 km/hr.

Amtrak’s contract with Alstom calls for 28 new train sets — about 40 per cent more Acela trains than Amtrak currently operates — to replace the current fleet of Acela trains, which went into service between 1998 and 2001.

The US national passenger railroad announced the agreement with Alstom in August 2016, saying the new trains would increase passenger capacity by one-third and feature improved Wi-Fi access, personal outlets, USB ports, and adjustable reading lights at every seat. The railroad also is promising improved food service and a smoother ride to passengers.