Accorhotels plans to revive the Orient-Express Hotel brand it was announced today.

The chain has acquired a 50 percent stake in the share capital of Orient Express, until now fully-owned by SNCF and plans to build on the association with the Orient Express train.

SNCF Group says that since 1977 it has been actively involved in developing the brand’s image, principally through the restoration of vintage carriages dating from the 1920s known as Pullman-Orient-Express (by coincidence, Pullman is another Accorhotels hotel brand). It has also organised events such as the exhibition “Once upon a time the Orient Express” at the Institut du Monde Arabe in Paris in 2014.

The new hotels will have no connection with the former Orient-Express Hotels which were rebranded as Belmond Hotels in 2014 (pictured above is the Four Seasons Johannesburg, formerly an Orient Express Hotel).

Orient-Express Hotels to rebrand as Belmond

The reason for the change was because the Orient Express brand was owned by SNCF and there was always the possibility that the train company would want to develop its own hotels under the brand. Today the announcement came.

Belmond, meanwhile, is planning a big announcement next week. It has previously stated that it plans to expand and also target business travellers. 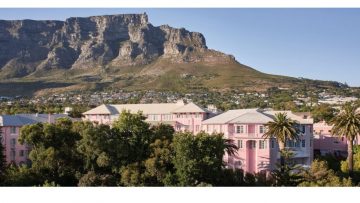