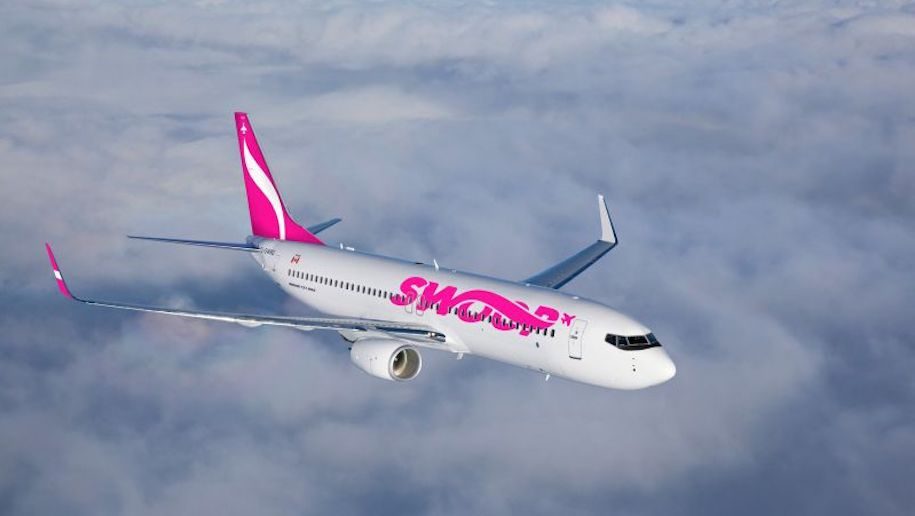 WestJet, Canada’s leading discount airline, is going even more budget with its forthcoming ultra-low-cost subsidiary Swoop, whose name and logo were revealed this week.

“The name Swoop denotes exactly what we plan to do,” said Bob Cummings, Westjet’s executive vice president for strategy. “It’s a powerful verb that demonstrates we plan to swoop in to the Canadian market with a new business model that will provide lower fares and greater opportunity for more Canadians to travel.”

Swoop will launch in 2018 on a backbone of Boeing 737-800 aircraft. Unbundled fares on Swoop will keep initial costs down by providing a bare minimum of services to travellers, who may then add on extra amenities (such as snacks, checked baggage, and in-flight entertainment) for additional fees.

Yahoo Finance reported that Swoop’s base fares are expected to start at about 40 per cent lower than comparable Westjet fares. Swoop destinations have not yet been determined.

The new airline will be based in Calgary, Alberta, which is also home to Westjet.