Eva Air has published plans to launch a non-stop service from Taipei to Vienna next year, according to routesonline.com

The service will operate three times a week, with BR065 departing Taipei Taoyuan at 2345 and landing in Vienna at 0645 the following morning. The return leg will depart the Austrian capital at 1230, landing back in Taiwan at 0630 the next day.

This will present an improved option to the current four-times-weekly service, which includes a stopover in Bangkok.

There have been a number of improved air services between Asia and Austria recently, with Austrian Airlines resurrecting its Vienna-Tokyo route and launching services to Hong Kong.

Loading comments...
Read Next
Vistara rewards passengers for booking directly with them
Read Previous
Air France to retrofit A380 fleet 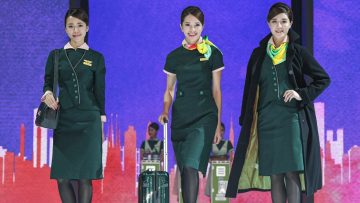