China Eastern’s recently launched service between Shanghai and Brisbane will be getting a frequency boost this November, with three additional weekly flights being added.

This increase will see the currently four-times-weekly service, which flies on Monday, Wednesday, Thursday and Saturday, become a daily one.

Both the aircraft and flight times of the daily flights will remain consistent with the current service. China Eastern flies its A330-200 on the route, with flights departing Shanghai in the evening and arriving in Brisbane at around 10am the following morning. The return leg departs Brisbane at around lunchtime and arrives in Shanghai that evening.

“Daily flights allow the flexibility that business travellers and holiday makers need when planning their travel, including better timings for various connections across China and the world,” said Julieanna Alroe, Brisbane Airport Corporation’s CEO and managing director. “As a major gateway to Australia we also know that many inbound international passengers arriving at Brisbane Airport also travel on to other Queensland regions by road or via our extensive flight network spanning 50 domestic destinations across Australia.”

China Eastern first launched its Shanghai-Brisbane flights back in December last year. These were soon followed by an overnight three-times-weekly service between Wuhan and Sydney, which took off in February. The Chinese carrier also has a codeshare agreement with Qantas, enabling Frequent Flyer Points to be earned on a number of its services.

Queensland recently has become an attractive proposition for Chinese airlines, with Hainan Airlines launching its Shenzhen-Brisbane flights later this month on September 20, and China Southern due to start flights between Guangzhou and Cairns in December. 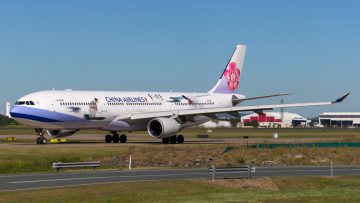 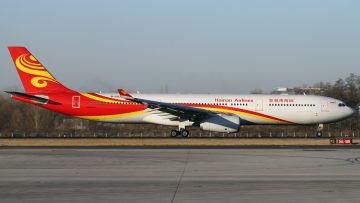