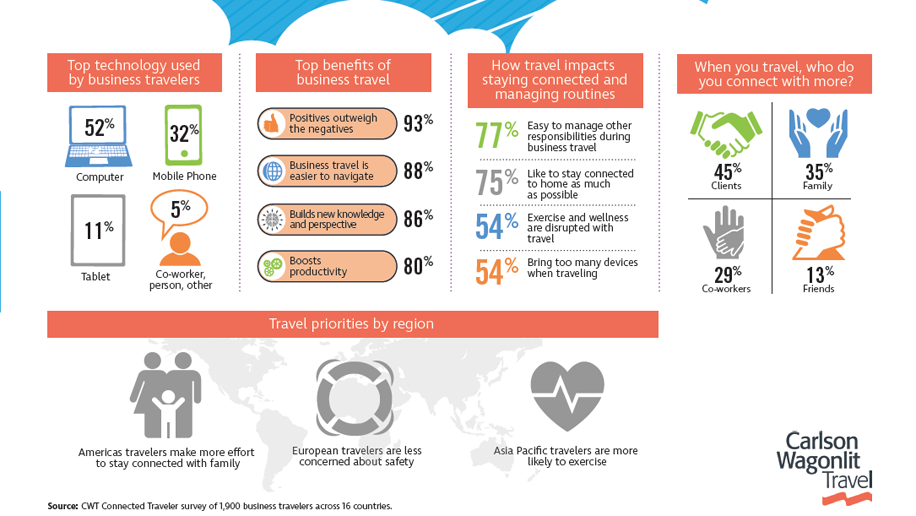 The vast majority of business travellers around the world say that the positives of work travel outweigh the negatives when it comes to building and maintaining professional relationships, according to the latest CWT Connected Traveler Study from Carlson Wagonlit Travel.

Approximately 93 per cent of business travellers found work travel to be a positive overall, with 80 per cent saying it boosted their productivity.

Travellers from Singapore in particular prefer travelling for business rather than leisure, with 53 per cent saying business travel was easier to book than leisure travel, primarily owing to access to better online tools.

Meanwhile nine in 10 Chinese travellers said that business travel enhanced their productivity, but at the cost of remaining connected with their friends and co-workers. About 19 per cent also said they would bring a family member or friend along with them on their business trips.

However there were some areas in Asia that bucked the trend, notably Japan, where 47 per cent of travellers say the negatives of work travel outweigh the positives – almost double that of any other country in Asia-Pacific. Despite this, Japanese travellers saw 10 business trips per year as a good average – more than any other country in the region.

“There are many variables that can make a business trip a success or a failure in the eyes of the traveller,” said Simon Nowroz, chief marketing officer for Carlson Wagonlit Travel. “The easier we can make it for travellers to be organised, the more we help them have a better overall experience.”

About 88 per cent of global respondents felt that travel is easier to navigate today, and most (78 per cent) seek opportunities to travel for work.

The CWT Connected Traveler Study collected data from over 1,900 business travellers between the ages of 25 and 65. 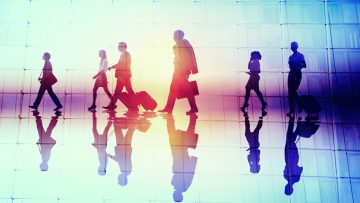