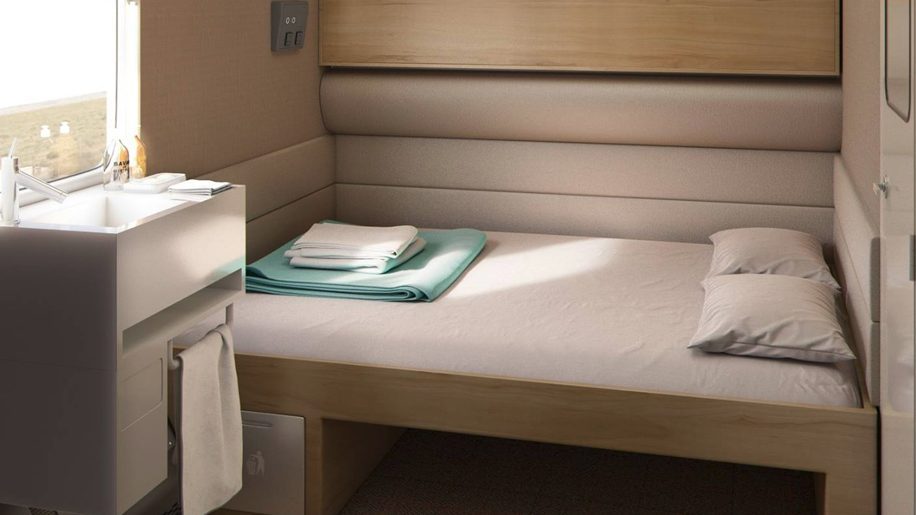 The first batch of ‘hotel standard’ rolling stock for the Anglo-Scottish Caledonian Sleeper has now been constructed.

A report in Railway Gazette displays the smart coaches which appears more substantial than the current rolling stock dating from the 1980s.

These initial five coaches, comprising two seating, two sleeper and one club car, are being taken to the Velim test track in the Czech Republic.

Caledonian Sleeper expects to begin placing the new and upmarket rolling stock in service next year.

As yet there are no interior images. However Business Traveller published a number of artist impressions in June 2016 (and reposted here). 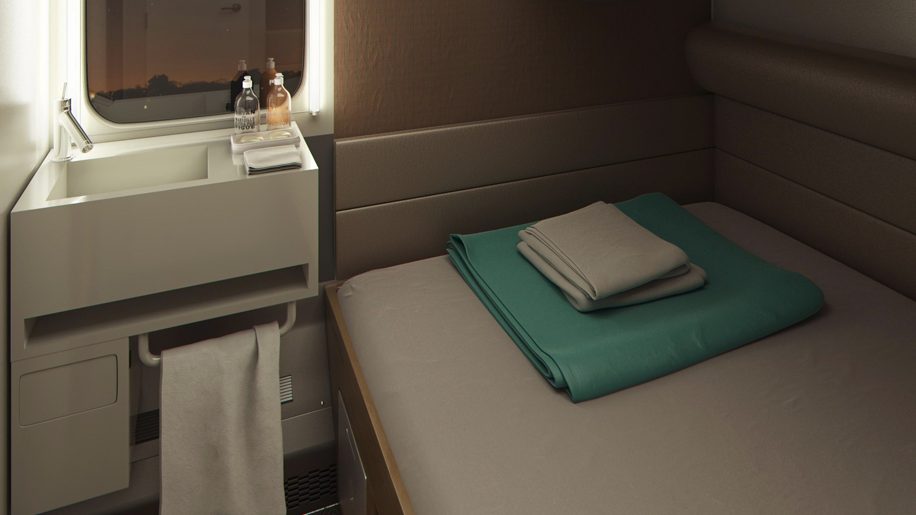 These cost £100 million but the Scottish government is providing a capital grant of £60 million.

UK is a shining exception to the rest of Europe. Not only are existing services being retained but investment is also being made available.

However one piece of good news is that Austria’s OEBB stepped in at the last minute to rescue some of DB’s overnight sleepers.