Cathay Pacific’s Newark service to get A350 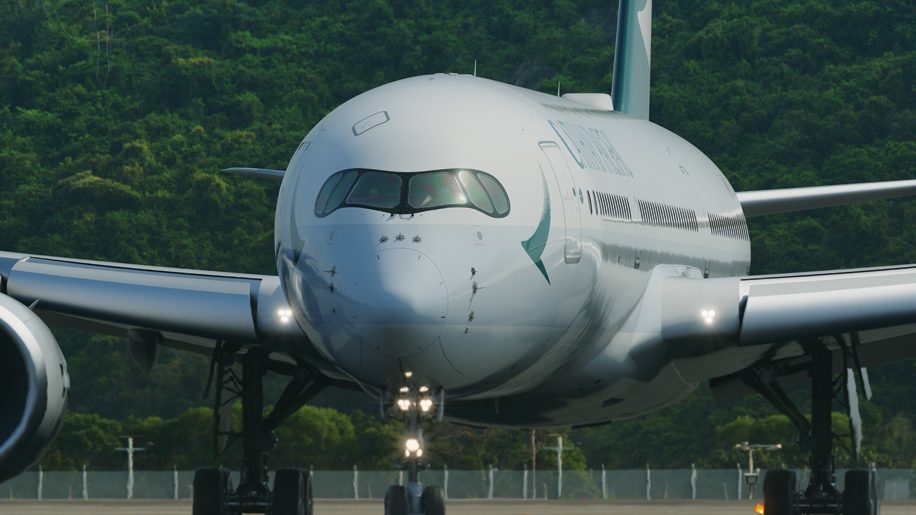 Cathay Pacific’s Hong Kong-New York Newark (EWR) route looks set to undergo an equipment change, with the route’s current B777-300ER being replaced by its new A350-900 starting October 29 this year.

The Hong Kong carrier has so far taken delivery of 16 A350s, and has a further six on firm order. It first deployed the aircraft on its Auckland service last October, and has since begun flying it to destinations including London Gatwick, Melbourne and Brisbane, with Perth due to join the list in October as well.

One of Cathay Pacific’s three daily flights between Hong Kong and San Francisco will also get the A350 on the same day as the Newark route, however its four daily services to New York JFK will continue to be operated by its B777-300ER.

“Dedication to choice and flexibility are hallmarks of Cathay Pacific’s commitment to its customers,” said Philippe Lacamp, the airline’s senior vice president for the Americas. “The introduction of the A350 as part of our five daily flights from the New York Metropolitan Area, complementing the B777-300ER from JFK, delivers on this promise. Not only can customers choose from five different departure times across two airports, but for the first time, they will be able to factor in aircraft preference as well.”

Cathay’s Newark flights depart Hong Kong (CX890) at 1800 and arrive in Newark the same day, at 2140, while the return flight (CX899) flies out of Newark at 0110 and arrives back in Hong Kong the following morning at 0500. The arrival time in Hong Kong enables travellers from the US to connect onto a number of the airline’s flights across Asia, including to Singapore, Bangkok, Kuala Lumpur and Jakarta, with a reasonable layover time.

As for the A350 itself, the aircraft features Cathay’s new business class offering with 38 fully flat beds, as well as 28 premium economy and 214 economy class seats.

“The A350-900 is unrivalled in terms of sustainability and passenger experience,” added Lacamp. “Quietest among the aircraft types in its class and also 25 per cent more fuel efficient, Cathay Pacific has again proven itself as a leader in airline eco-innovation, with the A350 in-flight carpets and passengers’ blankets made from recycled plastic, including salvaged fishing nets and plastic bottles.”