Boeing uses flight path to "draw" Dreamliner across the US 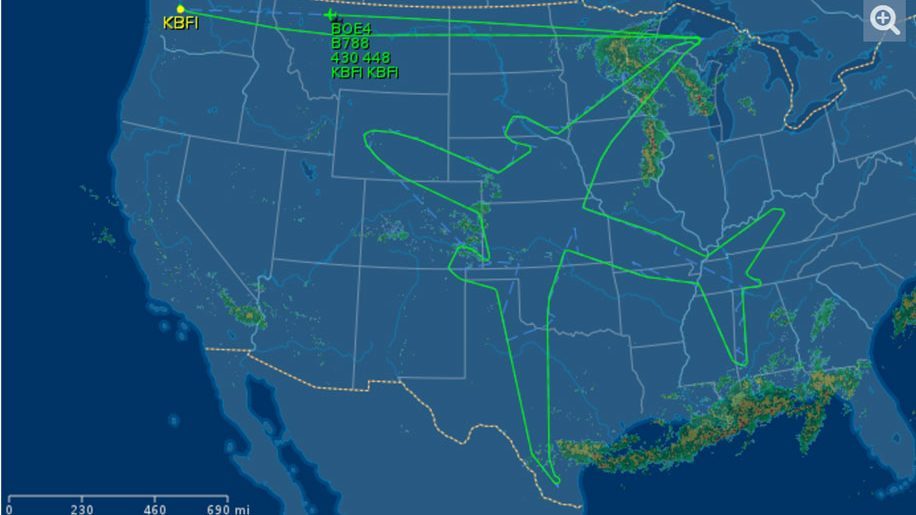 Boeing has used an 18-hour test flight as an excuse to draw a huge outline of a Dreamliner aircraft across the United States.

According to live flight tracking website flightaware.com the B787 took off from Seattle Boeing Field at 1538 Pacific Daylight Time on August 2, and has spent the last 17-odd hours following a flight path in the shape of a B787 aircraft.

At the time of writing flight BOE4 was scheduled to touch back down in Seattle at 0940 PDT.

The flight will have covered nearly 16,000 miles, and is understood to be testing a new set of Rolls Royce engines.

It’s not the first time the aircraft manufacturer has used a test flight to trace a familiar outline with its flight path. Earlier this year Boeing mapped out the word “Max” when carrying out a test flight for its new B737 Max aircraft.