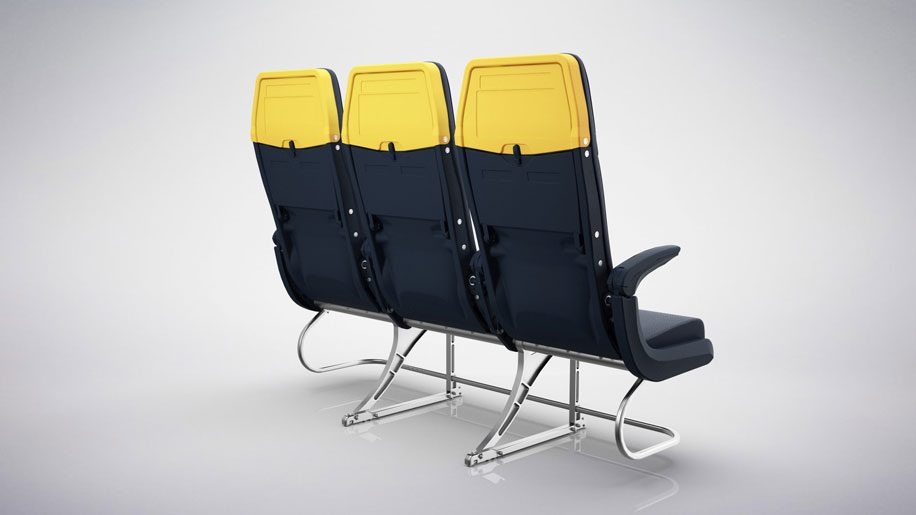 Ryanair has confirmed the seat manufacturer Zodiac for its new B737 Max 200 aircraft. The aircraft, the first five of which are being delivered from Spring 2019, have an extra eight seats on board taking capacity from the current 189 seats to 197.

Ryanair refers to the Boeing 737 Max 200 as a “Gamechanger” aircraft, in part because as well as offering four percent more seats per flight the aircraft will reduce fuel consumption by up to 16 percent and reduce noise emissions by 40 percent.

The airline recently (June 2017) announced the purchase of 10 more of the Boeing 737 Max 200 aircraft to add to the existing firm order for 100 Max 200s (and 100 options). The airline’s aim is to grow its traffic to 200 million customers per year by 2024. Ryanair operates an all-Boeing fleet with an average age of six and a half years – the youngest in Europe. It took delivery of its 450th Boeing aircraft in March 2017.

For passengers the main differences will be “more space (more legroom and overhead lockers) due to Boeing’s redesign of the aircraft to remove the rear galley and relocate the two rear toilets into that space.”

Ryanair says that the aircraft will mean that “Ryanair customers will enjoy a roomier 31” seat pitch – more legroom than British Airways and Lufthansa economy seats”.

The move to add seats to short haul aircraft is consistent with moves across the industry, with both low cost carriers and legacy carriers increasing the density of seating.

All airlines claim that the increased seating actually gives passengers more room because of improvements in seat technology. In addition they emphasise the environmental benefits of more efficient flying, not only because the new seats are lighter than the seats which they are replacing, but also because by flying more passengers on each flight, they are reducing emissions per passenger.

The news comes on the day that Ryanair launched its latest customer experience improvements under Year 4 of its “Always Getting Better” programme which includes Alexa voice recognition – allowing customers to search flights, hotels and flight status on the Ryanair.com website.

Ryanair also celebrated carrying its one billionth passenger since its first flight took off from Waterford to London Gatwick, in July 1985.

To celebrate, Ryanair has launched a seat sale with 20% off fares on one million seats for travel in November and December, which must be booked by midnight tonight.