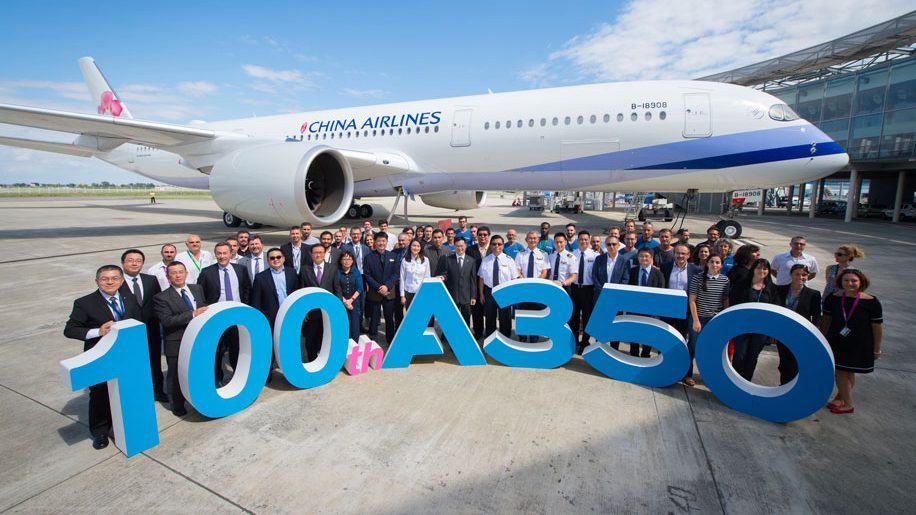 Airbus has delivered its 100th A350 XWB aircraft, 30 months after the first of the manufacturer’s next-generation plane was delivered to Qatar Airways.

The milestone wide-body aircraft was delivered to China Airlines, and is the seventh of 14 A350s the carrier has on order.

Airbus has delivered a total of 36 A350s this year, and says it is on track to reach a production rate of ten A350 aircraft per month by the end of 2018.

The manufacturer says that a total of 13 million passengers have so far flown on the A350, with the aircraft currently operating on over 110 routes worldwide.

Airbus has received just under 850 orders for the twin-aisle jet from 45 customers, and recently delivered the aircraft to Delta, the first US carrier to operate the A350. 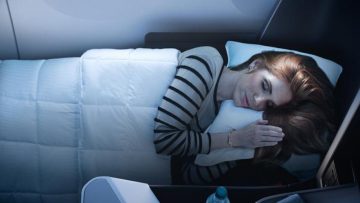 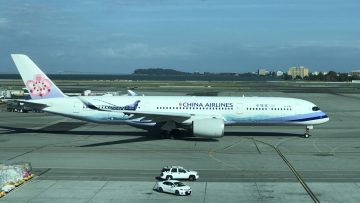