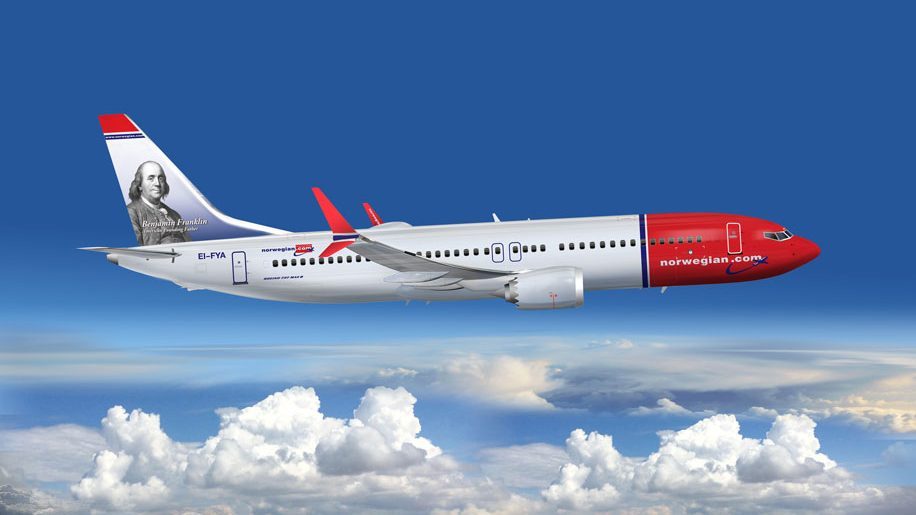 Norwegian has unveiled Benjamin Franklin as its first American tailfin hero, with the statesman and inventor set to be depicted on one of the carrier’s B737 Max aircraft.

Franklin will feature on the tailfin of Norwegian’s fourth B737 Max 8, which will operate the carrier’s new US East Coast routes from airports including Edinburgh, Belfast, Cork, Shannon and Dublin.

“We are proud to decorate our newest Boeing 737 MAX 8 aircraft with Benjamin Franklin. Not only is he an American icon, but he was also a truly fresh air thinker and a pioneer for so many reasons.

“Norwegian has always been inspired by brave people who defy convention – and that is Mr. Franklin. It is an honour to recognise an American founder on one of our aircraft, and this gesture also symbolises all of the great things we have planned for Norwegian in the United States.”

Norwegian currently offers 23 direct routes to the US from six airports in the UK and Ireland, and recently announced plans to serve Chicago and Austin from Gatwick.

News
Norwegian to launch US routes from Rome
1 Jun 2017
Loading...