Japan Airlines has announced that it will be adding a second frequency on its nonstop Heathrow-Tokyo Haneda route.

Operating on a Dreamliner, the new service will start from October 29, departing Haneda at 0245 and arriving at Heathrow the same day at 0625. The flight departing Heathrow leaves at 0930, arriving in Haneda at 0625 the next day. From March 25, departure and arrival times will change slightly, with the Haneda-Heathrow service departing at 0155, arriving in Heathrow at 0625 the same day, while the Heathrow-Haneda service will depart at the same time of 0930, arriving earlier at 0515 the next day.

The new schedule is as follows:

All passengers using the new service will be offered light meals at JAL’s Sakura Lounge at Haneda airport, as well as complimentary access to bathing facilities at the Heiwajima natural hot spring near the airport. 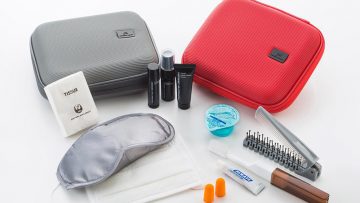