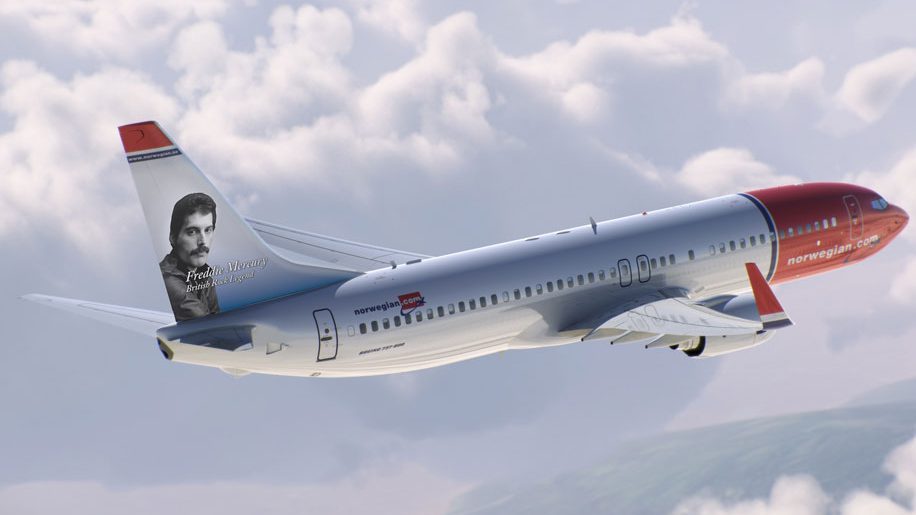 Norwegian has unveiled Freddie Mercury as its fifth British tail fin here, with the late singer’s portrait set to feature on two of the carrier’s aircraft later this year.

Mercury’s portrait will adorn the tail fin of one of Norwegian’s B787 Dreamliner aircraft from this summer, followed by a B737-800 later this year.

“As Norwegian continues its rapid expansion in the UK, our ‘tail fin heroes’ offer us a perfect chance to pay tribute to some of the greatest Britons of all time. Freddie Mercury inspired generations of music fans around the globe and it is a huge honour to have one of the greatest singers of all time adorn our aircraft.”

Norwegian launched its first US routes from Ireland at the weekend, and recently announced a new route between Gatwick and Buenos Aires, scheduled to start in February 2018.