Norwegian has become the first European airline to take delivery of the new-generation Boeing B737 Max 8 aircraft.

The low-cost carrier has taken delivery of two B737 Max 8s, with a total of 110 of the aircraft on order.

Norwegian will use the aircraft to operate routes between Europe and the US East Coast, including recently announced flights from Ireland and Scotland.

“We have been eagerly awaiting the delivery of our Boeing 737 MAX, and we are overjoyed to have it join our fleet today. We are the first European airline to operate this brand-new aircraft, and we’re also the first airline in the world to operate it to and from the United States.

“This aircraft allows us to open up new, unserved routes and offer both Americans and Europeans even more affordable transatlantic fares. It will also provide our passengers with a quieter onboard experience, whilst it significantly reduces both fuel use and carbon dioxide emissions.”

The B737 Max is Boeing’s fastest ever selling aircraft, with almost 3,700 orders from 87 customers. The manufacturer recently unveiled the latest variant of the aircraft, the B737 Max 10, with over 240 orders confirmed from customers including United and the Tui Group.

And for a look at how a new generation of single-aisle aircraft are set to serve long-haul routes, see our feature Narrow Margins. 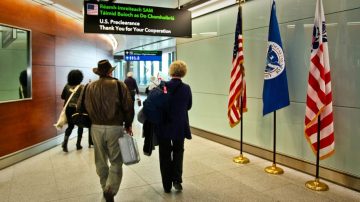 News
Norwegian’s transatlantic services from Ireland to offer US preclearance
18 May 2017
Loading...