New screening measures could spell end for US laptop ban

New “enhanced security measures” announced by the US Department of Homeland Security (DHS) could lead to the lifting of the ban on laptops on flights from ten Middle Eastern airports to the US.

The DHS said that it was implementing the measures “to raise the baseline for aviation security across the globe by implementing enhanced security measures, both seen and unseen, at all last-point-of-departure airports in 105 countries around world”.

The department said that the measures include (but are not limited to):

The DHS said that the measures would be implemented “in phases over the next several weeks and months”, adding that “While some will be required immediately, other measures will be implemented over time, in coordination with our international partners”.

The department also said that the current ban on laptops and large electronic devices being used on flights from ten Middle Eastern airports to the US, could be removed “should the ten airports comply with the enhanced security measures outlined in the TSA directive issued June 28, 2017 and when such procedures are verified by TSA inspectors”.

Announcing the new measures the DHS said that “The United States and the global aviation community face an adaptive and agile enemy”, adding that “Terrorist groups continue to target passenger aircraft, and we have seen a ‘spider web’ of threats to commercial aviation as terrorist pursue new attack methods”.

The measures will be introduced for all flights from airports serving as last points of departure to the US, which the DHS says affect around 2,100 flights daily.

While the new measures would seem to dampen speculation that the current laptop ban might be expanded to other flights into the US, the DHS said that “Stakeholders who do not fulfill these requirements within certain timeframes may still be subject to additional security restrictions being imposed, including a ban on large personal electronic devices on aircraft”.

The department also stressed that “those who fail to adopt these requirements within specific timeframes run the risk of additional security restrictions being imposed, up to and including suspension of flights to the United States”.

The International Air Transport Association (IATA) said that it welcomed the new measures, adding that it “looks forward to working with our member airlines and DHS to implement this phased approach to enhanced aviation security, including ensuring that airline costs and operational impacts are minimised”.

IATA had recently called for governments to rethink the current laptop ban, estimating that it could ultimately cost up to $1.2 billion in lost productivity.

The association’s director general and CEO Alexandre de Juniac did however warn that the “aggressive implementation timeline” for the new measures would be challenging.

“Meeting it will require a continued team effort of government and industry stakeholders,” said de Juniac. “In particular, airlines and airports will need to be supported by host states during the phase-in of the new requirements.” 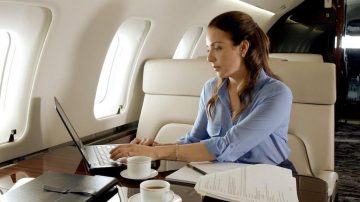 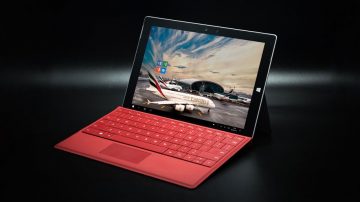