Level will initially operate two A330 aircraft in its own livery, with the aircraft fitted with 293 economy and 21 premium economy seats. Initially flights will be operated by Iberia crew.

At the launch event in Barcelona, IAG’s CEO Willie Walsh said that the carrier’s fleet would grow to five aircraft in 2018, adding that other European bases were being considered. 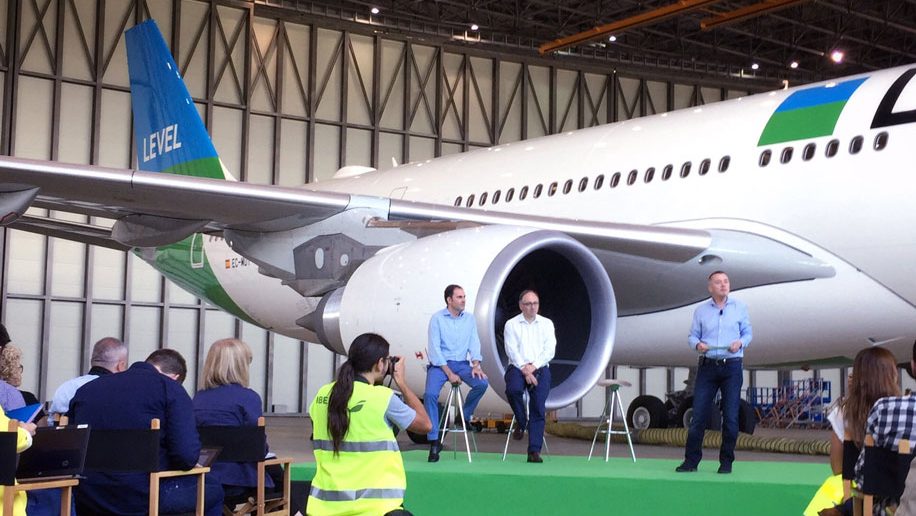 “It’s the beginning of a fantastic adventure – Level sales have exceeded our expectations,” said Walsh.

Fares start from US$149 one way, with economy passengers having to pay for extras including checked luggage, meals, seat selection and in-flight entertainment, while premium economy customers will see these benefits included in their ticket.

In-flight wifi will also be available “with prices starting at €8.99”, and passengers will be able to earn and redeem Avios on Level flights.

The launch follows a turbulent week for IAG, following the IT failures at British Airways which led to disruption for 75,000 passengers over the bank holiday weekend.

In an interview with the BBC, Walsh said that BA’s CEO Alex Cruz was not to blame for the incident, adding that “he doubted anyone could have managed the challenge better”.