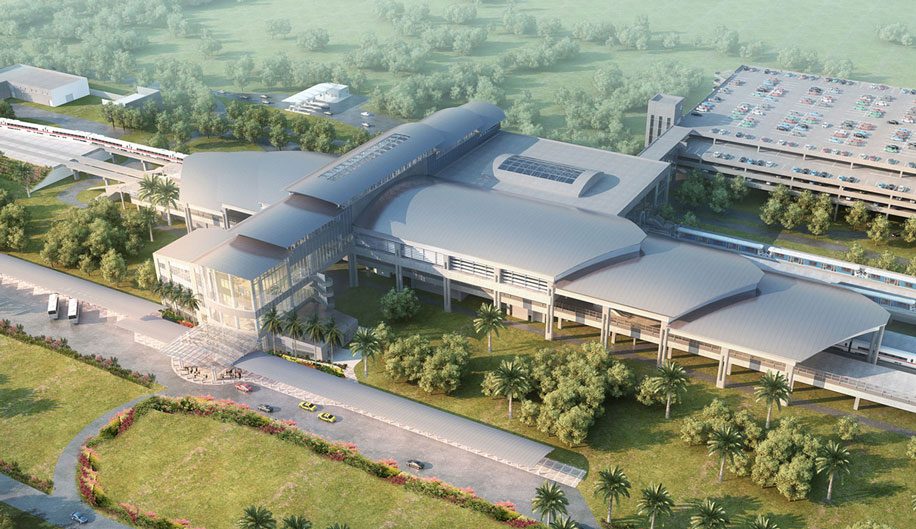 There’s a big, shiny new train station being built at Orlando International Airport, but don’t get too excited about expanded ground-transport options just yet: officials say it will be several years before train service actually begins at the US$221 million station.

The Orlando Sentinel reports that while the Intermodal Terminal Facility will open in fall 2017 for use by taxis, buses, and airport shuttles, there’s currently no funding available to pay for connecting Florida’s SunRail system to the airport. Cost estimates for a 5.5-mile (8.85 km) airport spur line have ballooned from $100 million to about $250 million, according to the Florida Department of Transportation. The commuter-rail system currently serves residents of Florida’s Volusia, Seminole, Orange, and Osceola counties.

Separately, a private company has proposed building a magnetically levitated (Maglev) line between the airport and the Orange County Convention Center and International Drive, the latter home to Orlando’s theme parks, hotels, restaurants, and other attractions. The privately funded and built Maglev line would be 12 miles (19.31 km) long and would also have a SunRail stop; backers say the US$400 million system could be completed by fall of 2019.

Finally, the private Brightline rail line connecting Miami and West Palm Beach will begin operations this summer; there also have been proposals to extend Brightline to Orlando, but those plans are currently stalled.