Hotel rates in a number of top UK destinations have dropped over the last year, data from HRS Global Hotel Solutions reveals.

Quarterly figures show that Liverpool has seen the most significant reduction with a -14.3 per cent drop in rates, followed by Bristol with -11.7 per cent and Leeds with -10.7 per cent. Only Reading has seen the same rates as last year, remaining at an average £103. London showed a small decline on last year, improving on the last quarter of 2016.

Ireland’s top three cities however saw increases, with Cork experiencing the highest with a 29.1 per cent rise in average rate per room night.

“There continues to be uncertainty in the UK surrounding Brexit and now with Teresa May calling for an early general election we will have to wait to see the impact. We have seen outbound travel from the UK more expensive due to the weak pound but the fall in average rates should at least make the UK a more attractive and cost effective destination for travellers”. 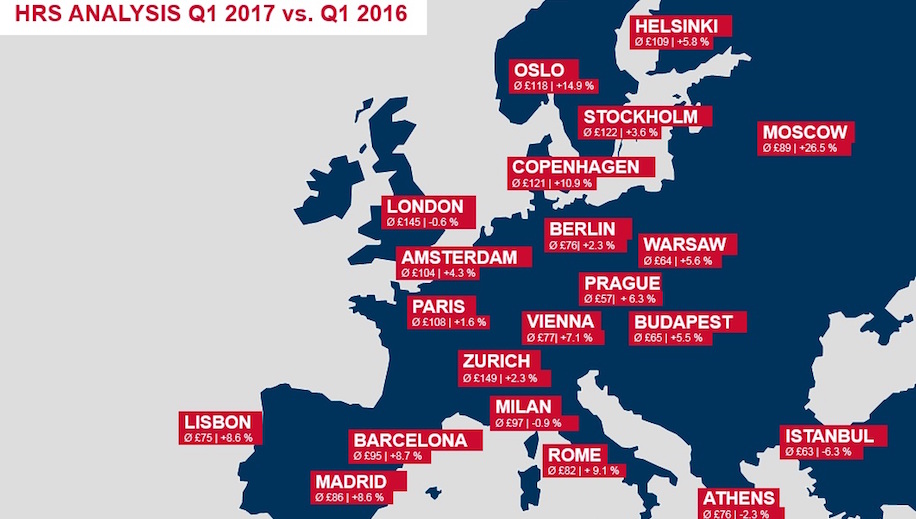 Elsewhere in Europe, Zurich remains the most expensive city, with average hotel rates priced at £149, followed by London at £145 and Stockholm at £122. Bargain travellers looked to Prague, where the average cost of a night was at £57. Overnight stays in Istanbul dropped by -6.3 per cent to £63 while Moscow saw an increase of 26.5 per cent to £89 a night.

Besent adds: “There are increased security concerns around Europe however early reports show that following the recent terrorist attack in Westminster, hotel occupancy rates in London remained in line with March patterns, Paris saw a 1.6 per cent incline and Berlin saw a 2.3 per cent increase showing resilience”. 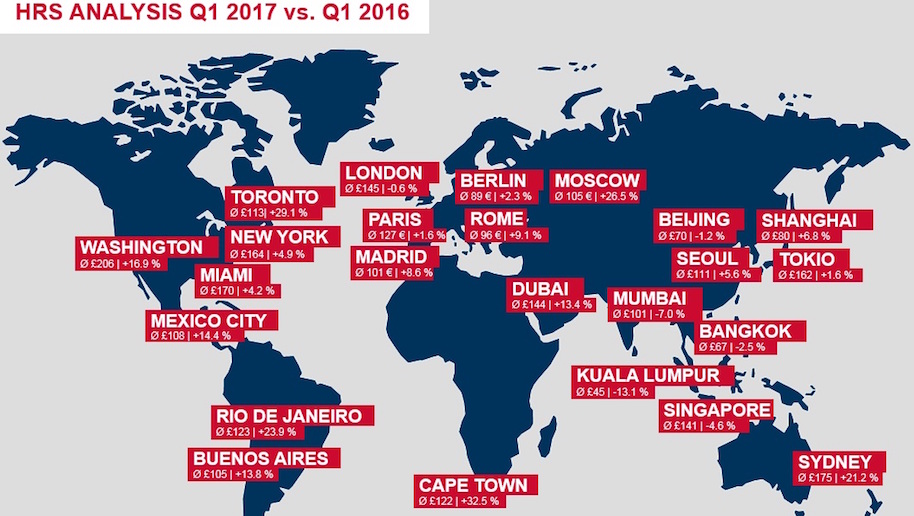 On a global scale, the most expensive city is Washington in the US, with an average hotel stay priced at £206 a night. Toronto saw the largest increase at 29.1 per cent, while Kuala Lumpur fell by -13.1 per cent to an average £45.

“It is a turbulent time with factors such as the slowdown of the Chinese economy, Brexit, Donald Trump’s election and terrorism,” says Besent.

“The travel policies of Donald Trump are likely to continue to have an impact on travel and it will be interesting to see what the impact will be on the US market interestingly Washington saw the highest average rate in all top world destinations in Q1”. 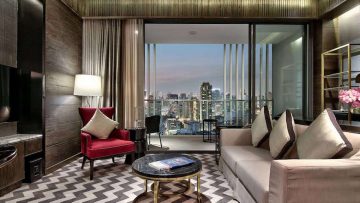