Southwest gets fewest customer complaints of US airlines 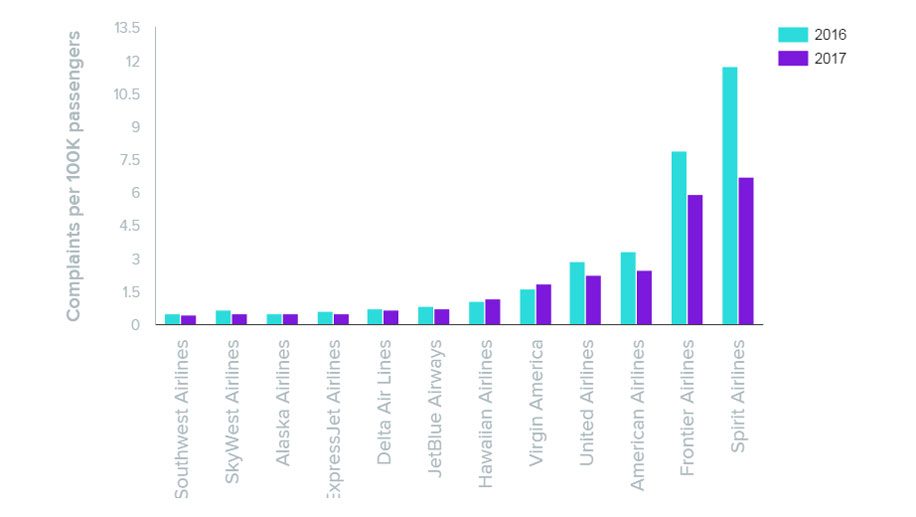 Southwest Airlines has been ranked Most Satisfactory Airline in the US in a recent study, with Alaska Airlines named Best Overall Airline and Jet Blue Most Comfortable Airline.

Alaska Airlines was the overall winner, followed by Delta and Skywest Airlines; Alaska was also named the most reliable airline in the US due to its low rate of delayed and cancelled flights and for rarely losing luggage or denying boarding to passengers.

Southwest Airlines did the best job keeping its customers happy: the largest domestic airline in the US had the lowest rate of customer complaints, followed by SkyWest Airlines and Alaska Airlines. Travellers had the most gripes (by a significant margin) about Frontier Airlines and Spirit Airlines.

Spirit was however named the Cheapest Airline in the report, while Jet Blue was judged to be Most Comfortable, and Alaska Airlines was considered the best airline to fly on with pets.

The complete ranking for Best Airline Overall rankings were:

The full results in each category can be seen at wallethub.com.