US Bill would open door to more air travel fees

There’s finally a bill in the US Congress that enjoys bi-partisan support — but it’s not good news for travellers.

H.R. 1265, the Investing in America: Rebuilding America’s Airport Infrastructure Act, would lift the current limits on the passenger facility charge (PFC), a fee added onto the price of airline tickets.

Rep. Peter DeFazio of Oregon, the top Democrat on the House Committee on Transportation and Infrastructure, released the bill along with Republican Rep. Thomas Massie of Kentucky.

The lawmakers said that allowing airports to charge higher PFC fees would raise billions of dollars for airport capital improvements “without raising taxes by a cent.”

“If we want to restore our aging airports to their former glory — not to mention help them keep up with increasing demand – we must give them the tools to improve and expand their terminals, runways, and taxiways,” said DeFazio.

“Early in President Trump’s campaign, he cited our nation’s airports as a prime example of the need for meaningful investment in infrastructure. By uncapping the PFC, our legislation would do just that.”

The US Travel Association and Airports Council International – North America, the trade group representing airports, praised the legislation. “Adjusting the PFC cap will empower local airport authorities to invest in targeted infrastructure projects, improving security and the flying experience for travellers, and keeping us globally competitive,” said Roger Dow, president and CEO of the US Travel Association. 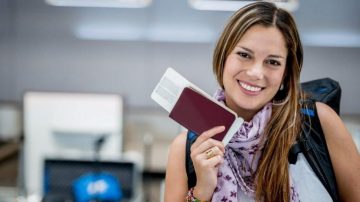