New York airports among worst in US for on-time performance

New York’s reputation as a fast-based business hub where punctuality is demanded does not extend to the city’s three main airports, which are among the worst performers nationally for on-time flight arrivals and departures.

The analysis by the Global Gateway Alliance — a group that advocates for investment in New York’s transportation infrastructure — focused on the first six months of 2016, but noted that the three airports also placed near the bottom of the rankings in 2015.

“Despite years of spending on terminals and runway improvements, our New York-New Jersey airports still lead the nation in flight delays, leaving passengers stranded on the runway or in the crowded airways circling our (airports),” said Global Gateway Alliance Chairman Joe Sitt.

“The bottom line is more dramatic steps are needed to relieve the problem.”

The group called for full implementation of the Federal Aviation Administration’s NextGen air-traffic control system and expansion of airport runways to ease congestion. 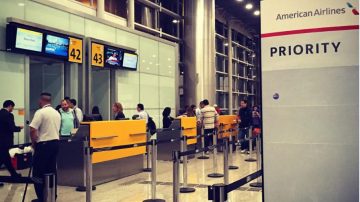