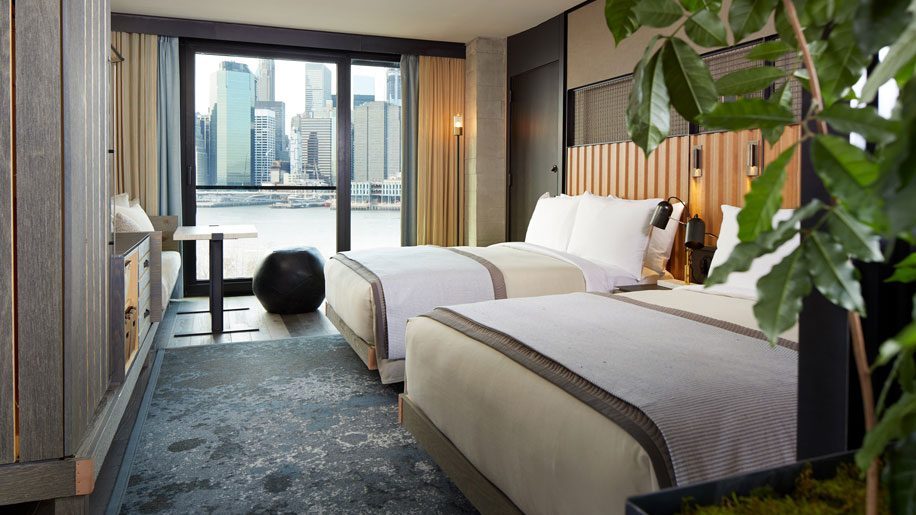 It’s the group’s second property in New York (in addition to its hotel on West 58th Street, a block from Central Park) and third overall. Before the end of the decade, 1 Hotels will have doubled its portfolio with further hotels in California, Mexico, and China.

Set directly on the East River at the foot of the iconic bridge, 1 Brooklyn Bridge has 194 rooms and suites across ten floors, some with uninterrupted views of the lower Manhattan skyline and the Statue of Liberty.

Interiors focus on natural materials, with 54 per cent of all materials being regional and reclaimed. Rooms feature Keetsa hemp-blend mattresses and a variety of plants; a 25-feet green wall takes centre stage in the lobby. A rain-water reclamation system and triple-filter water purification, as well as drawing all energy needs from wind power, contribute further to the hotel’s sustainability.

There will be two restaurants, with on the top floor a rooftop bar and seasonal outdoor space with plunge pool and fire pits. Later this year, following the opening at 1 South Beach last December, the hotel will add a Bamford Haybarn spa with nine treatment rooms. There is also a fitness centre and yoga studio, as well as a 50-seat screening room.

An extensive art collection in- and outside of the hotel features work from a number of Brooklyn-based artists. ‘Waterline’ murals in the hotel’s corner suites by Olivier Poncé reference the devastation brought by hurricane Sandy. Hitting New York City when the hotel’s original architectural drawings had just been submitted, changes in zoning and regulations resulted in a radical redesign to create the property as it is today. 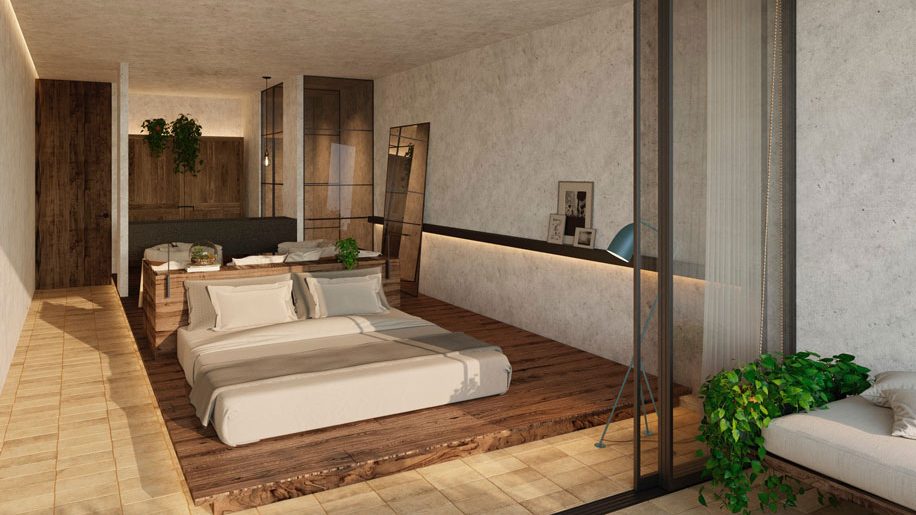 The three additional 1 Hotels will open in 2018 and 2019. First, arriving in late 2018, 1 Hotel Haitang Bay will have 280 rooms and suites in Sanya, China – an extremely popular beach destination for the domestic Chinese market.

The hotel will have an onsite farm to grow organic fruits and vegetables for use in its restaurants and lounges. There will also be a 1 Hotels ‘signature organic spa’, fitness centre, pool, and over 6,000 sq ft of meeting space.

In time for the US winter, 1 Hotels & Homes Cabo (pictured above) will bring 115 rooms and 50 homes to Mexico’s Baja Peninsula in the autumn of 2019. The resort will have four swimming pools, a spa and fitness centre, two restaurants, a juice bar and a rooftop bar, and again more than 6,000 sq ft of space for meetings and conferences.

Towards the end of that year, 1 Hotel Sunnyvale will give the group a California outpost, with 332 rooms close to the Google Mountainview campus. Here guests can expect a number of restaurants and bars, a spa and fitness centre, and 19,000 sq ft of meeting space. 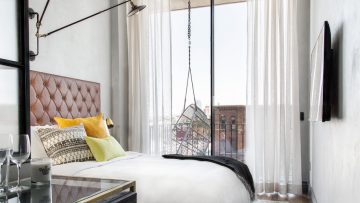 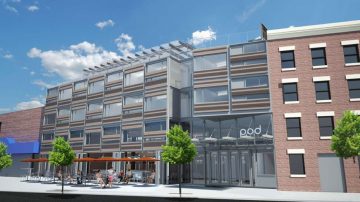 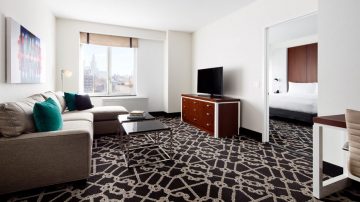