Airlines competed fiercely for the right to fly from the US to Cuba last year, and those that won the coveted routes to Havana and other destinations launched service in anticipation of huge demand from travelers after half a century of being barred from visiting the Caribbean island.

Months later, three airlines have cut back on their Cuba service, saying demand hasn’t lived up to expectations that — given a lack of travel data — proved speculative.

American Airlines, Silver Airlines, and, most recently, Jet Blue have announced service reductions to Cuba, where US airlines began flying again in August 2016 after being barred by a government embargo of the Communist island nation in place since the 1960s.

The Miami Herald reports that Jet Blue announced it will begin using smaller aircraft on daily flights between Fort Lauderdale and Havana, Santa Clara, Camaguey, and Holguin, as well as flights from Orlando and New York’s John F. Kennedy International Airport and Havana. No routes will be terminated, however.

In November 2016, American Airlines reduced its service from Miami to Holguin, Santa Clara, and Varadero from two daily flight to one, and in December Silver Airways cut its flight frequencies from Fort Lauderdale to Camaguey, Cayo Coco, Holguin, Manzanillo, Varadero, and Santiago.

A Jet Blue official described the adjustments as routine, but American Airlines and Silver Airways officials noted that remaining restrictions on travel between the US and Cuba make selling flights more challenging, according to USA Today.

Still, the airlines remain optimistic about the long-term potential for Cuba travel, although the Trump Administration’s stance on the travel restrictions loosened by former President Barack Obama remains unclear. 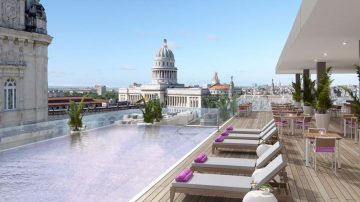