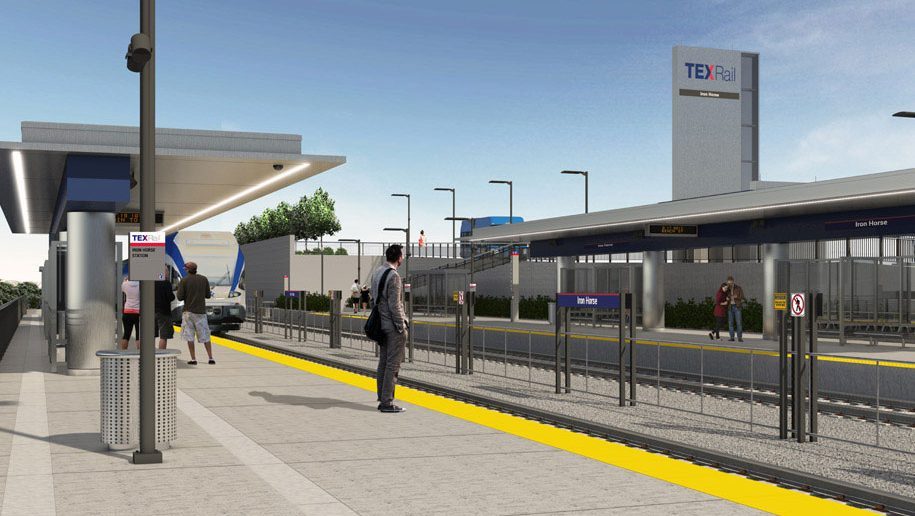 The TEX Rail commuter rail line now under construction in Fort Worth, Texas will feature a station at Dallas-Fort Worth International Airport (DFW), the Dallas Morning News reports.

The half-billion-dollar rail line begins in downtown Fort Worth and will run for 27 miles before ending at DFW’s Terminal B, where a $28.4-million rail station will be built. Service is expected to begin in late 2018, with trains running about every half-hour.

DFW already is served by the Dallas Area Rapid Transit (DART) light-rail system, which has a station in Terminal A. Plans call for a walkway connecting the two rail stations to facilitate transfers by travellers.

The new TEX Rail line will serve communities west of the airport, including Fort Worth and North Richland Hills, while DART’s Orange Line serves areas east of DFW, including Dallas, Irving, Richardson, and Plano.

DFW also has a free Skylink light-rail system that connects all five of the airport’s terminals.