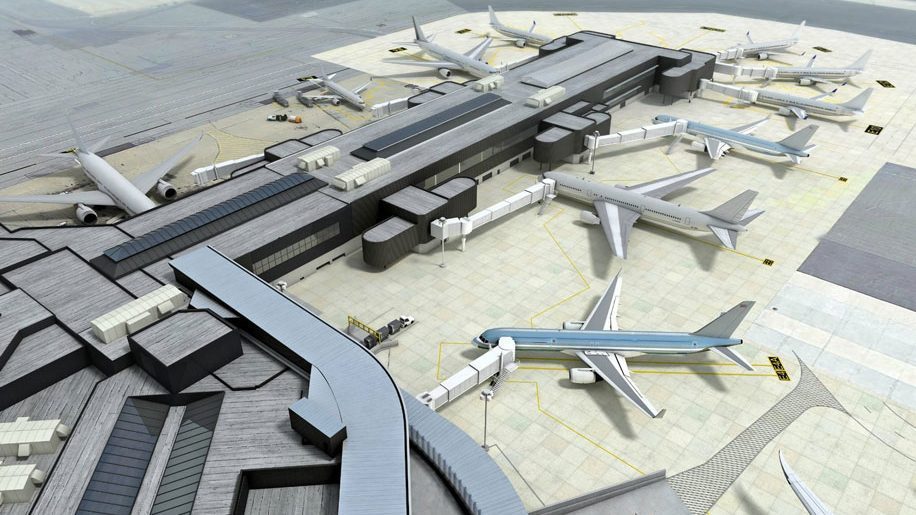 Baltimore-Washington International Thurgood Marshall airport is handling a record number of passengers, and the state of Maryland is investing $60 million to ensure that the airport can keep up with the crowds.

Maryland Governor Larry Hogan announced this month that the airport’s international Concourse E will be expanded by 70,000 square feet on three levels, adding six new gates as well as additional restrooms and operational support areas. Two of the gates will be full-service, while four will be for arrivals only.

The new gates are expected to be in operation by the summer of 2018. This is the second recent expansion project at the airport’s international terminal: a $125-million project completed in November 2016 added a new eight-lane security checkpoint, food and retail outlets, a secure connector between Concourse D and Concourse E, and reconfigured airline gates to support added international service.

BWI set an all-time record in 2016 with 25.1 million passengers. “BWI continues to set records and this expansion highlights the continued success of our airport, as well as Maryland’s flourishing economy,” said Hogan.

“This expansion will create new job opportunities for hardworking Marylanders, while bringing greater ease and efficiency to international travel, tourism, and trade.”