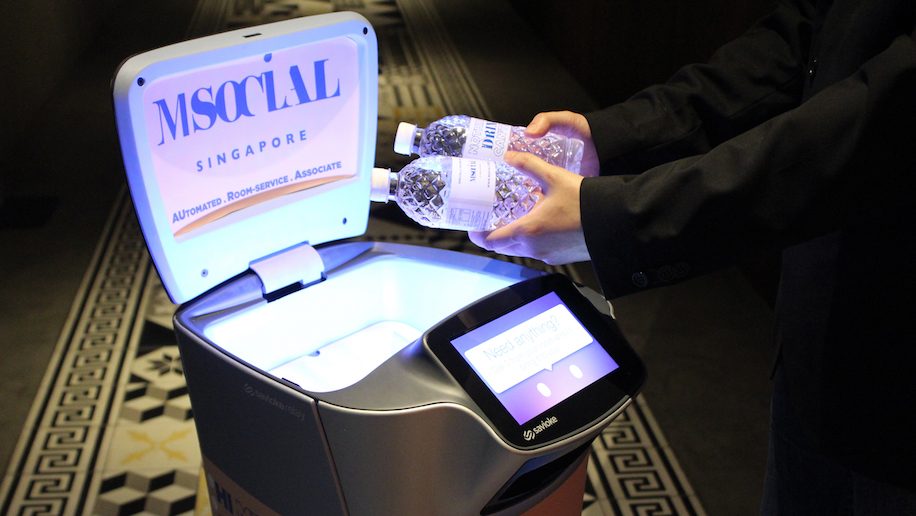 Developed by San Francisco-based robot manufacturer Savioke, the robot – called AURA – has been designed to free up hotel staff from delivery duties, and is capable of moving around the hotel supplying bottles of water, fresh towels, toiletries and room service to guestrooms.

On top of this functionality, AURA has been programmed with its own personality, displaying traits of trustworthiness, politeness and dependability. It has also been wired to work alongside hotel staff and to engage with guests, communicating through a tablet face that shows information on services it provides and instructions on how to interact with it.

Using wifi and 3D cameras to get around, the AURA robot has been adopted in a number of US hotels, including Aloft Cupertino, Residence Inn by Marriott Los Angeles and the Crowne Plaza San Jose.

“If you put an item into AURA and tell her where to go, she will deliver it and then return to the docking station by herself. AURA can operate and ride in elevators, navigate her way to a guest’s door, let them know that a delivery has arrived (guest phone rings), and then open its lid for guests when they answer the door.”

For more on robotic butlers, see our recent feature on “Three of the world’s most hi-tech hotels“.