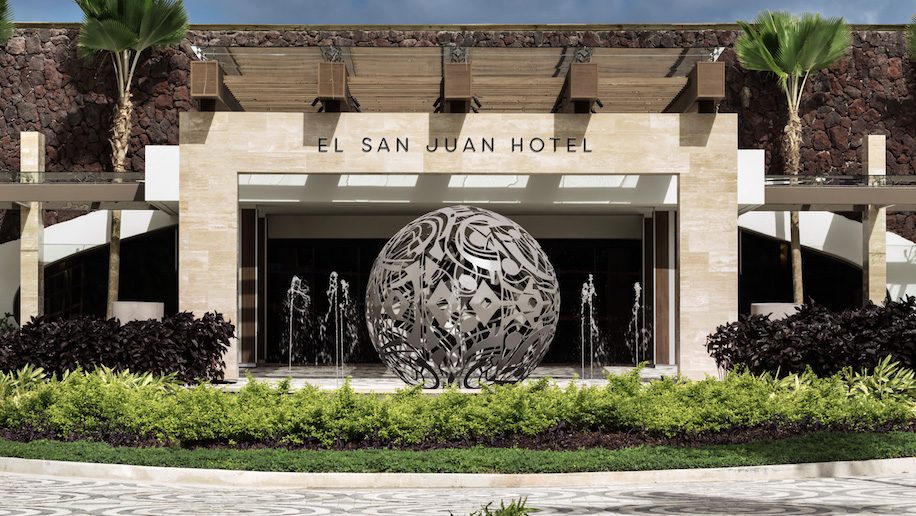 Originally opened in 1958, the 388-room waterfront hotel has received a US$60 million facelift, boasting updated interiors and statement artwork such as a 2.5 metre sculpture by Puerto Rican artist Luis Torruella in the hotel’s entryway. Elsewhere, an enormous chandelier has been suspended from a hand-carved, gothic-style, mahogany ceiling in the lobby, with rooms featuring a calming palette and minimalist furnishings.

Located in the district of Isla Verde in the municipality of Carolina, the hotel has five restaurants overseen by executive chef Gonzalo Rivero, who has joined from the Waldorf Astoria Resort in Boca Raton, Florida. A new restaurant will open in the spring, championing produce and ingredients sourced by local farmers, fishermen and small businesses.

For events, the hotel has the second largest ballroom within the vicinity of San Juan, measuring 1,022 sqm, plus four pools, six bars and the El San Juan Beach Club. A spa and fitness centre are scheduled to open in the next year. 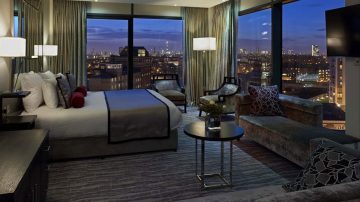 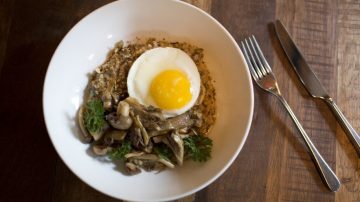