Gatwick gets ready for terminal moves

Gatwick airport is preparing for a major shake-up of airlines across its North and South terminals this week, with Easyjet, British Airways and Virgin Atlantic all set to move.

From Tuesday January 24, Easyjet – which currently operates out of both terminals at Gatwick – will consolidate its flights within the North Terminal.

Then from Wednesday January 25 Virgin Atlantic will move to the North Terminal, and BA to the South Terminal (note that two BA services – BA2273 to New York, and BA2612 to Naples, moved across earlier this month).

Gatwick is advising passengers to check which terminal they will be travelling from, and to use the appropriate long-stay car parks, although it says that should travellers arrive at the wrong terminal they can “use the transit shuttle to get to the right place”.

The airport says that 70 additional helpers will be on hand “to point passengers in the right direction”, and signs across the airport will be changed to display the correct wayfinding.

Gatwick says that “Relocating these airlines will simplify the journey through the airport for passengers, and travellers will benefit from brand new facilities, including state-of-the-art technology at check-in, security and immigration, as well as new bag-drop zones and premium lounges”.

The first new airport lounge to be unveiled as part of the moves was the Virgin Holidays v-room at the North Terminal. British Airways and Virgin will offer new lounge facilities at the South and North Terminals respectively, and Business Traveller will have more details on these when available.

More information on the moves can be found at gatwickairport.com/airlinemoves 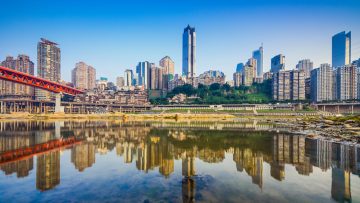