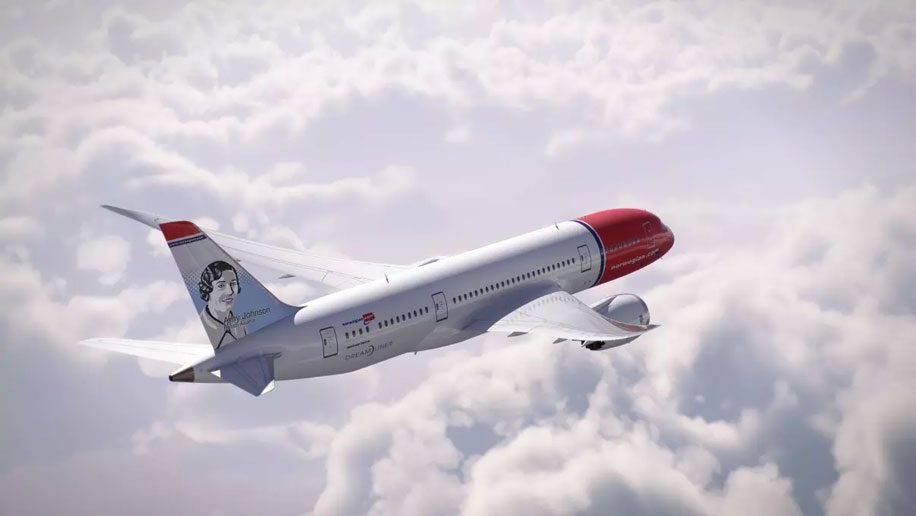 Norwegian has announced the second in its series of British tail fin heroes, with pioneering female pilot Amy Johnson to appear on two of the carrier’s aircraft later this year.

The low-cost airline already has over 80 aircraft featuring “personalities who symbolise the spirit of Norwegian through innovation, challenging the norm, and inspiring others”.

In 1930 Amy Johnson was the first female to fly solo from England to Australia, using an open cockpit single engine Gypsy Moth aircraft.

The journey took 19 days, and covered 11,000 miles between Croydon airport and Darwin. Johnson was awarded the CBE in recognition of this achievement.

Her image will be painted onto two of Norwegian’s B737 and B787 aircraft.

“As Norwegian continues its rapid expansion in the UK, our ‘tail fin heroes’ offer us a perfect chance to pay tribute to some of the greatest Britons of all time.

“Amy Johnson is a giant in the history of aviation and a truly inspirational British figure so it is a huge honour to have her adorn our aircraft and help her take to the skies once more.”