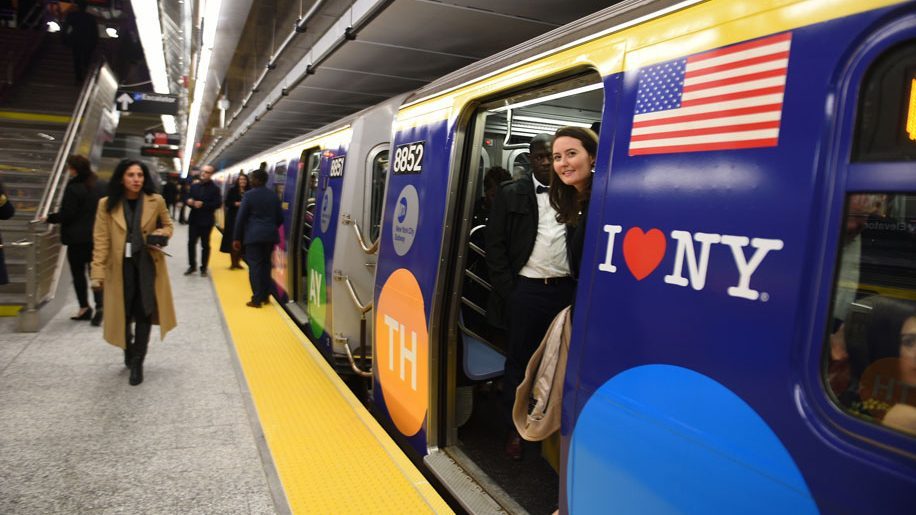 Tube service to New York’s Upper East Side — a dream more than a century in the making — was finally realised this week, with the opening of the new Second Avenue Subway, which extends the “Q” line service from Lexington Avenue/63rd Street north to 96th Street/Second Avenue.

The culmination of decades of planning and construction, the Second Avenue Q line extension includes new stops at 72nd, 86th and 96th streets — the first time in decades that there will be subway service to the Upper East Side east of Lexington Avenue.

The Q subway now runs from 96th Street south to lower Manhattan before crossing into Brooklyn and terminating at Coney Island. A second phase of the project will extend the line further north, to 125th Street.

Elevated train lines once ran along Second and Third Avenue, but both were demolished by the 1950s. The opening of the Second Avenue Subway is the first major expansion of the New York subway system in more than 50 years.

“After nearly a century, the Second Avenue Subway is no longer a dream that only a few still believe is possible. Thanks to the dedication and tireless efforts of thousands of great New Yorkers, the stations are open, the trains are running and it is spectacular,” said New York Governor Andrew M. Cuomo, who took the inaugural ride on the subway on New Year’s Eve.